Odia workers beaten up in Tamil Nadu amid lockdown 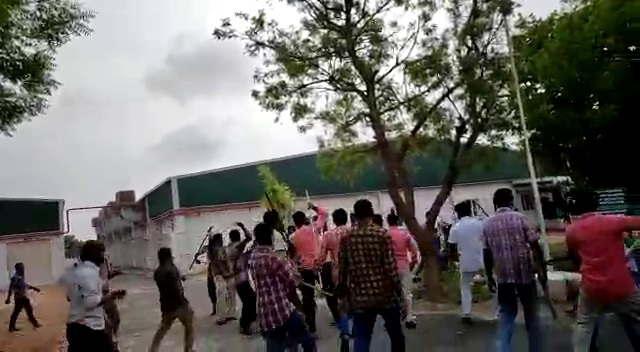 Bhubaneswar: Amid nationwide lockdown when efforts are being made to bring back Odia migrants stranded in other states, Odia workers paid a heavy price for demanding pending wages to employer in Tamil Nadu.

A video surfaced in media today showing human apathy during COVID-19 pandemic when the workers from Odisha engaged at an apparel manufacturing unit at Ettukudi area in Tiruppur district were assaulted mercilessly by staff with sticks on premises of the company after they reportedly asked for money during lockdown.

In the video, the workers including female employees are heard opposing the assault by the company staff and they are seen running here and there inside the campus. They were shouting to retaliate against the attack.

Reports said that six persons have been injured in the incident.

One of the victims in the incident said that one of the workers has been dragged into a room for beating him up inside the confinement. He alleged that the Tamil employees have been harassing the Odia workers in the company. When they complained and planned to launch a strike, the employees native to Tamil Nadu attacked them.