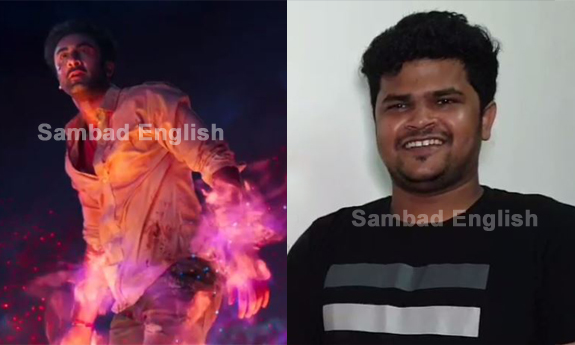 Bari: Subrat Kumar Padhy, a youth from Haripur village under Bari block of Jajpur district has recently hogged the spotlight for his extraordinary VFX works in the popular Hindi movie Brahmastra.

According to Subrat’s family source, he was previously studying in a leading private animation and VFX technology institute of Bhubaneswar. After completion of one-year diploma course in the institute, he kick started his career and worked for a film production house. Subsequently, he also worked as a cartoon compositor in another institute for two years, the source further said.

As Subrat was keen to excel in the field of animation and VFX technology, he joined a VFX company in Mumbai, which was assigned the task of visual effects in the film Brahmastra.

“Subrat has completed ITI and was admitted to Diploma courses in Engineering. But, he showed interest for his present profession and left the diploma courses midway. My son works tirelessly and spends sleepless nights. He succeeded by the blessings of God and millions of movie enthusiasts of the country. I wish him all success in his profession in life,” the youth’s mother Rebati Padhy said.

Subrat has worked for popular TV serials like Bighna Harta Ganesh, Tenali Rama, Swaraj and his first movie the State of Seas as well and proved his talent in VFX technology.