Odisha: 10 defining moments that made headlines in 2018 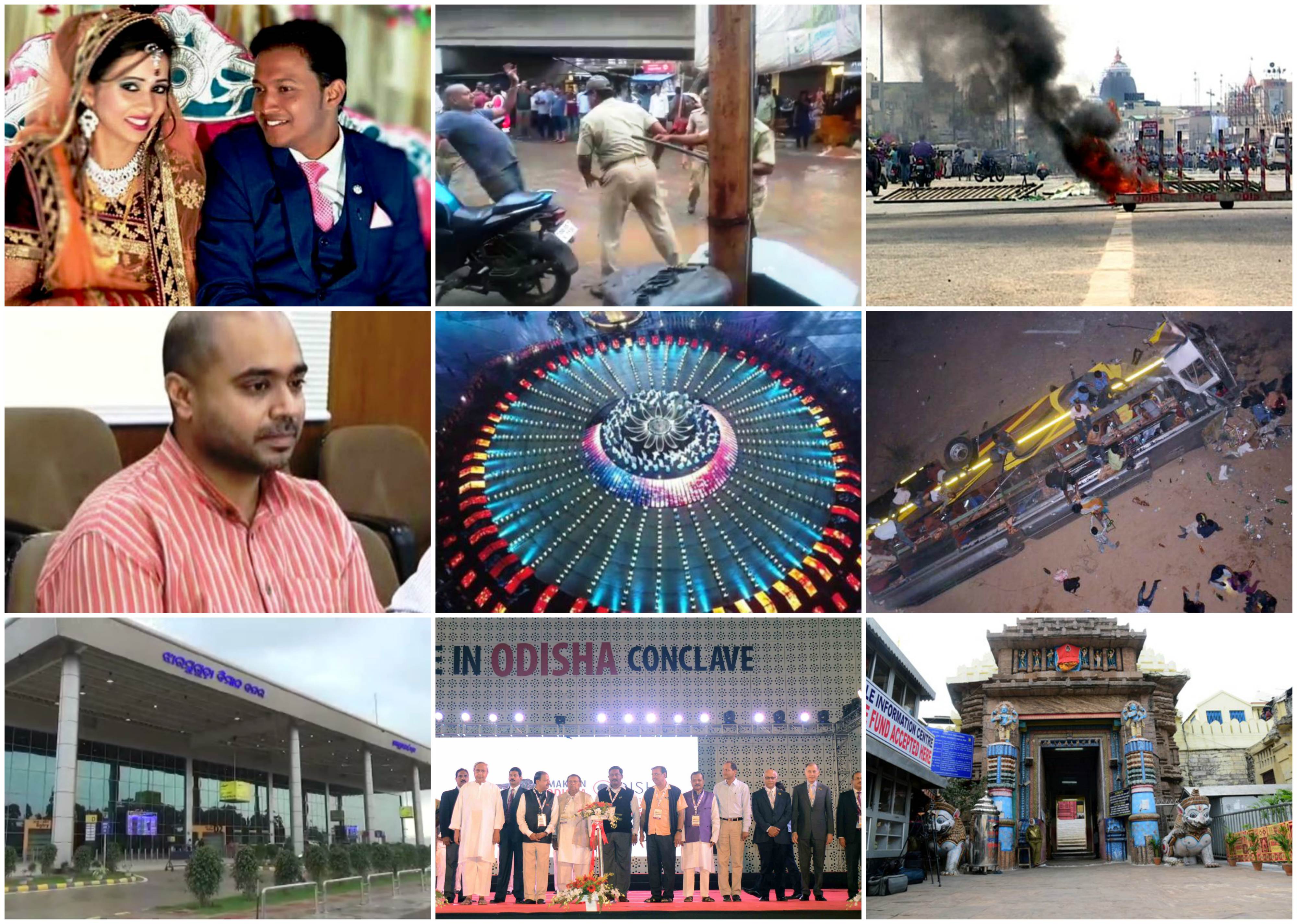 Bhubaneswar: The year 2018 was the most happening year in Odisha history. Be it positive reports or controversies, the State remained in news both in national and international media this year.

The outgoing year in some ways was a political throwback. The tussle between the State and Centre over some key issues and the internal rift within political parties were in the news throughout the year.

However, the incidents like Patnagarh wedding gift blast, illegal shelter home and violence in Odisha’s pilgrim town Puri had equally disturbed the responsible citizens in Odisha.

Amidst much enthusiasm and preparations for zero night celebrations to welcome the New Year, here are top 10 defining moments that grabbed headlines in 2018.

A newlywed youth Soumya Sekhar Sahoo along with his grandmother was killed and his wife was grievously injured when they opened a parcel sent at his residence address on Feb 23 at Patnagarh in Balangir district. The Crime Branch of Odisha Police cracked the case within two months. The entire world was shocked when the Crime Branch’s Special Investigation Team (SIT)led by IG Arun Bothra held a press conference and revealed the key conspirator’s name. The narration of the murder conspiracy was no more than a Bollywood story. The Crime Branch solved the case in which Punjilal Meher, an English lecturer and colleague of the deceased’s mother at Jyoti Vikash Junior College at Bhainsa, was turned out to be the mastermind.

The cease work by the Bar Association of the Orissa High Court over ‘police excesses’ disrupted the court proceedings across the State for over 75 days. The lawyers had launched agitation protesting an attack on an advocate on August 28. The matter was resolved on Nov 11.

3. Violence in Puri against queue system

The Jagannath Sena activists, devotees and servitors took to streets on Oct 3 protesting the introduction of queue system at the centuries-old Puri Jagannath Temple. The mob had vandalized all barricades on the Bada Danda (Grand Road) and ransacked the office of Shree Jagannath Temple Administration (SJTA) and residence of the Minister Maheswar Mohanty. Police arrested 92 persons on basis of CCTV footage in connection with their alleged involvement in violence during Puri bandh

This could be termed as the most tragic ‘road mishap’ in Odisha that claimed lives of 12 persons and left several passengers injured. The incident took place when a Cuttack-bound private bus from Talcher fell off a bridge into Mahanadi River bed near Jagatpur on Nov 20. Seven passengers in the bus died on the spot after the driver lost control when a buffalo came in front of the bus in the evening.

5. Anti-Odisha remarks by journalist Abhijit Iyer-Mitra and breach of privilege against him

The year 2018 had brought ominous for the Delhi-based defence analyst Abhijit Iyer-Mitra. He landed in trouble for his remarks against Odisha culture, Konark Sun Temple, Lord Jagannath as well as criticising the legislators of Odisha Assembly on Twitter following his chopper-trip to the State. He had to pay a big price for comment against legislators as the State Assembly Speaker former a House Committee to probe into the breach of privilege allegation leveled against him.

Two FIRs were lodged separately against him after he posted a series of tweets on microblogging site Twitter criticising Odisha culture and Lord Jagannath. He was booked under IPC Sections 294, 295A, 153A, 500, 506 and Section 67 of the Information Technology Act. Iyer was arrested by the Commissionerate Police just an hour after he appeared before the House panel on October 23.

He tendered an unconditional apology before the House Committee and later the State government dropped all the charges against him after his health condition deteriorated in the Jharpada Jail. He was released from judicial custody on Dec 6 after 45 days.

6. Inauguration of Jharsuguda Airport and non-operation of flight services

The Jharsuguda airport remained in news for non-operation of flight services from here following its inauguration. Odisha’s second major airport was inaugurated with a lot of fanfare by Prime Minister Narendra Modi on September 22 under UDAN scheme, but the services were abruptly halted. The Non-Resident Odias (NROs) expressed their disappointment over non-functioning of the airport after a leading international media ‘The Washington Post’ blinked eyes at India’s system. Built in an investment of Rs 210 crore, the airport was expected to play a major role in development in sectors of Odisha Tourism and hotel industries.

Odisha emerged as the first choice for the entrepreneurs and business tycoons for making an investment here as the second edition of Make in Odisha conclave witnessed 183 investments worth Rs 4,19,574 crore. Total 37 proposals were inked in various sectors including fertiliser, chemicals and petrochemicals for investment worth 1.35 lakh crore.

Odisha showed its organising strength by successfully hosting Men’s Hockey World Cup, which was held from Nov 28 to Dec 16. The B-town celebrities and sports personalities were the major attraction during the 18-day event played by 16 international hockey teams. The sports event attracted key faces including Bollywood’s Shah Rukh Khan, Salman Khan and AR Rahman at the inaugural event and Cricket legendary Sachin Tendulkar in the final match between Belgium vs the Netherlands. Bollywood’s dancing diva Madhuri Dixit stole the opening ceremony of the event on Nov 27 with her best-ever performance portraying herself as Mother Earth on the stage.

A shelter home operated by ‘Good News India Dream Centre’, an NGO, at Belatigiri of Dhenkanal district was turned out to be the institution for sexual exploitation and forceful religion conversion following a raid. The police arrested Faiz Rahman, the owner and Managing Director of the NGO for allegedly exploiting girl inmates at the said child care institution. The shelter home was running without registration since 2015.

10. Delay in rituals at Srimandir for which the Lords went off food

The daily rituals of Lord Jagannath were delayed and general darshan at Puri Srimandir was halted on Dec 28 after a group of servitors and police personnel had a face-off over an entry of two devotees on Dec 27 evening. The tension prevailed in front of Singhadwara (main entrance) of the temple when irate devotees waiting since morning barged into the temple after breaking the barricades and scuffled with the cops present on the spot. The Jay Vijay Dwar of the temple was opened after discussion with the Shree Jagannath Temple Administration (SJTA) and servitors in the evening. The Lords went off food for a day and the rituals resumed in the evening. The next day i.e. on Dec 29, another shameful incident was reported from the centuries-old shrine. A minor girl was allegedly misbehaved by a police constable deployed inside the temple. Later, he was placed under suspension for the offence.