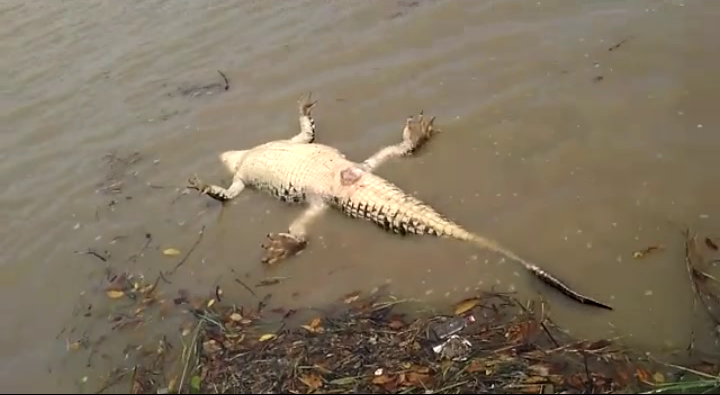 Sources said some locals first spotted the carcass of the reptile in the water body with injury marks on its body. Later forest officials recovered the carcass and sent it for post-mortem.

Though the exact reason behind the reptile’s death is yet to be ascertained, it is suspected that the it died after being trapped in a fishing net.