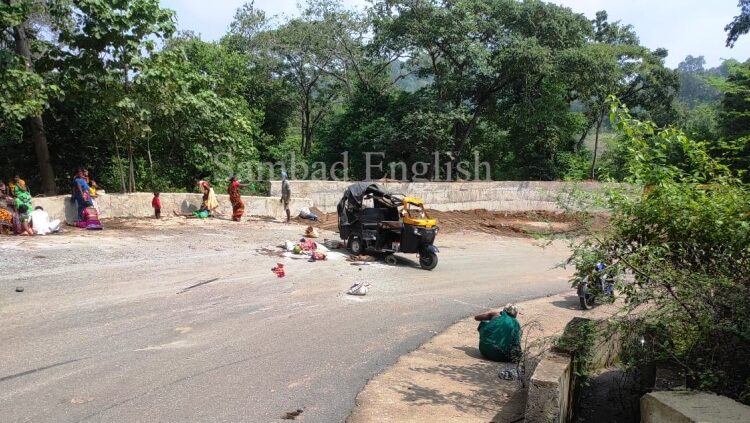 Nabarangpur: In an unfortunate incident, two women died and over 10 others suffered injuries after an overcrowded auto-rickshaw met with a road mishap at Chandahandi under Jharigaon block in Nabarangpur district today.

The identities of the two deceased are yet to be ascertained.

Sources said over 20 persons, including children were were going to attend a 10th day ceremony. The The mishap occurred when the driver lost control over the overcrowded auto-rickshaw and the vehicle overturned.  While two women died on the spot, the injured including three to four children were rushed to the Community Health Centre (CHC) at Jharigaon for treatment.

Two kids killed, 4 critical as vehicle rams into house in…

One dead, 2 injured as rice-laden truck overturns in…