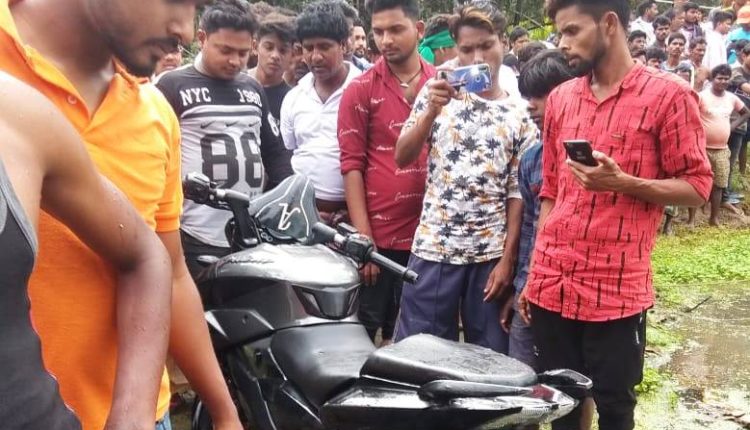 Jajpur: In a tragic incident, two youths met watery grave after the motorcycle they were travelling on fell into a deep pond alongside Jajpur Town-Baruhan NH-20 near Kabirpur in Jajpur district last night. The bodies of the two were fished out of the water this morning.

The deceased have been identified as Abhijit Upadhyay (21) and  Sushil Ray (25), both were residents of Jajpur Town area.

Sources said the two left for Cuttack on a motorcycle last night. The one that was riding the two-wheeler lost control over the vehicle, following which it fell into a 20-feet deep pond near Kabirpur. However, no passerby could realize about the mishap due to darkness. Today morning, some locals found a helmet floating in the pond and a bike near the pond and immediately raised an alarm.

On receiving information, Sadar police reached the spot and recovered the bodies from the pond. The cops later sent the bodies to Jajpur Town hospital for post-mortem.