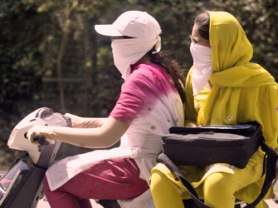 Cuttack: As many as 24,474 e-challans were issued against people riding motorcycles without wearing helmets on national and state highways during two-week long special drive in Odisha, said the State Transport Authority (STA) today.

During the special drive from August 16 to August 30, the enforcement teams of the STA have seized 888 vehicles as their drivers did not have driving licences.

They collected Rs 63,98,116 towards penalties and suspended the driving licences (DLs) of 12,545 bikers for helmetless ride during the special drive, said a press release issued by Additional Commissioner Transport, Enforcement and Road Safety, Lalmohan Sethi today.

“The special drive was launched to create a sense of responsibility among the road users for prevention of accidents and fatalities. It has been observed that most of the accidents taking place on national and state highways are related to two-wheeler riders. Bikers are using helmets in the urban areas of state due to continuous enforcement activities but many people are avoiding wearing helmets on highways where protection is much more needed,” Sethi said.

Sethi further informed that the STA will step up its enforcement activities in the current month of September. “In view of the upcoming Puja and winter season, the month of September has been declared as month of enforcement. There will be zero tolerance towards violation of traffic and motor vehicle rules. Our officials will take action against drunken driving, helmetless journey, overloading and vehicles plying without valid fitness certificates,” Sethi said.