Odisha: 25-YO youth, relative dead, another critical in road mishap 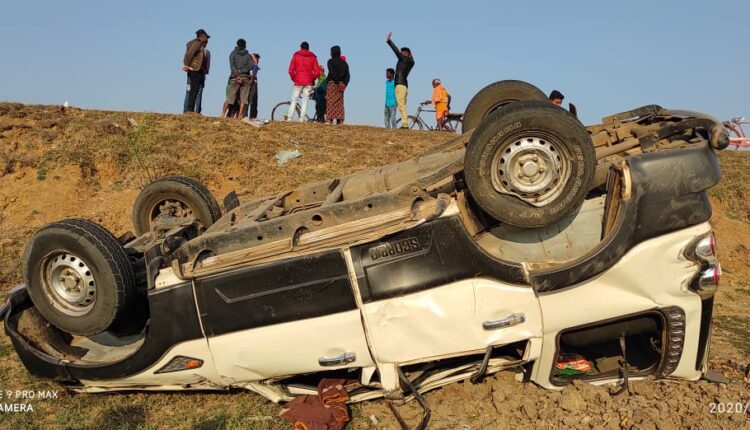 Nuapada: In a tragic  incident, a 25-year-old youth and his brother-in-law, a minor, were killed while another suffered critical injuries after a SUV they were travelling in turned  turtle at Timanpur village under Sinapali police limits in Nuapada district last night.

The deceased have been identified as Kalyan Bag (25) and Lakhan Bag (16).  Critically-injured Sushil Dharua is undergoing treatment at a hospital in Raipur of Chhattisgarh.

According to reports, the trio was returning to their villages at Rajpur and Binapur in Nuapada district last night. Midway near Timanpur, the vehicle hit a huge stone due to poor visibility, following which the driver lost control over the vehicle and it overturned.

Later, the trio was rushed to Sinapali Community Health Centre (CHC), where doctors declared Kalyan and Lakhan dead. Later, Sushil was shifted to a hospital in Raipur of Chhattisgarh as his condition remained critical.

On receiving the information, Sinapali police reached the spot and began an inquiry.