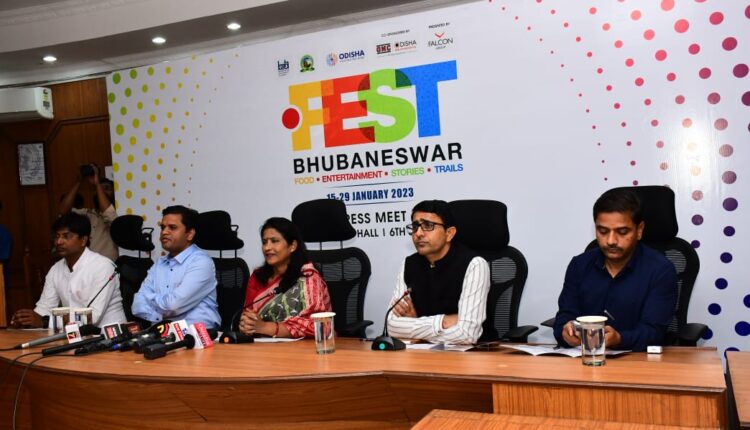 Bhubaneswar: Creating a festive spirit in the capital city here during the FIH Men’s Hockey World Cup, .FEST makes a comeback with its second edition from January 15 to 29.

The cultural festival brings a unique experience among the people of Odisha. .FEST entails a host of surprises starting from enthralling performances by the best of musicians, singers, stand-up artistes and dancers to trails to the thousand-year-old temples and caves. Besides, the street foods of at least 16 countries along with amazing stories and folklores by globally-acclaimed storytellers are the main attraction of the festival.

Bollywood divas Disha Patani and Divya Kumar are slated to enthrall the audience during curtain raiser of .FEST.

The audience will witness a laughter riot with stand-up comedians Sunil Grover and Shilpa Rao followed by a retro night by popular singers of 1990s Udit Narayan, Alka Yagnik and Sukhwinder Singh. A fusion fiesta by Siddhart Mahadevan, Shivam Mhadevan and Shrinidhi will also entertain the audience.

“.FEST is the festival of the residents of Bhubaneswar city. The citizens will celebrate the festival with music, food and much more,” said Mayor Sulochana Das.

Commenting on the second edition of .FEST, BDA Vice Chairman Balwant Singh said, “This year’s .FEST will bring thousands together to cherish the cultural tenacity of the state and allow local artists, startups, performers, makers and creators to get an extraordinary platform to showcase their talent.”

The first edition of .FEST in 2018 was a huge success.

This year, a photo exhibition titled Sebbe O Ebbe (Then & Now) will showcase the evolution and history of Bhubaneswar city, sources said.