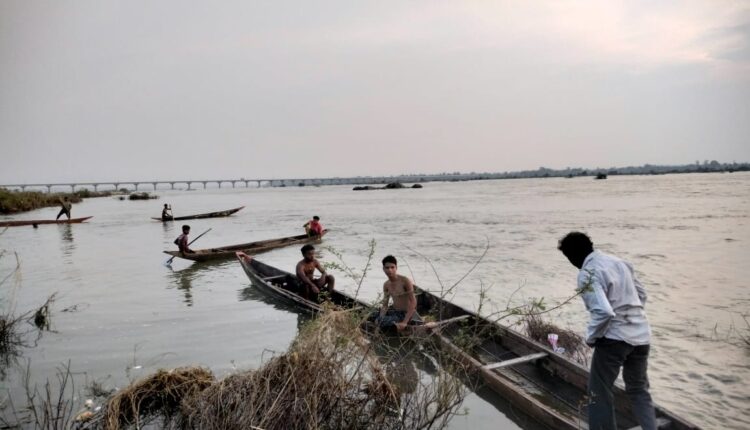 Sambalpur:  Tragedy struck a family of Pensionpada here after a man and his two children drowned in Mahanadi river at Daleipada Ghat today.

As per sources, Md Altaf and his son and daughter were taking bath in the river at Daleipada and later got swept away due to strong current in the system. Soon after, a firefighting team reached the spot and launched a rescue operation with the help of locals.

Till the last report was filed, 40-year-old Altaf and his 15-year-old Md Aftab were rescued from the waterbody with the help of a country-boat and rushed to a hospital in critical condition. However, the duo was declared dead.

The rescue operation was halted as darkness set in. The search will be launched again in the morning tomorrow, said a member of the team.
drown