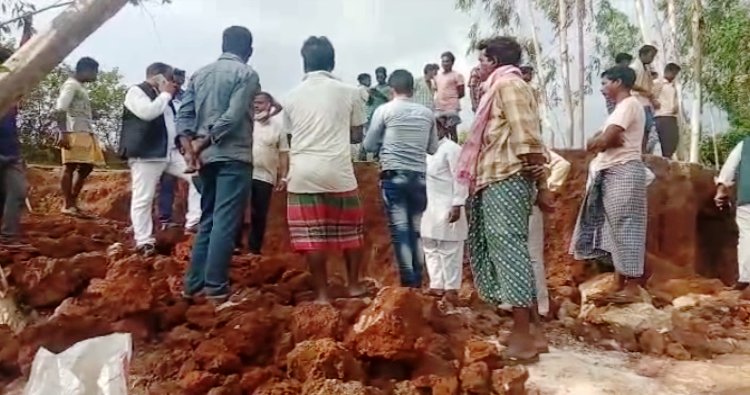 Koraput: In a tragic incident, three women died and another suffered grievous injuries after a huge mound of limestone caved in while they were digging a portion of it at Podaguda under Pottangi block in the district today.

However, identities of the deceased have not been ascertained.

Reportedly, the four women  were collecting the limestone by digging the mound for their household purpose when the mishap took place. On receiving information, police and district officials reached the spot for an inquiry.

Meanwhile, the injured has been rushed to Pottangi Community Health Centre (CHC) for treatment.