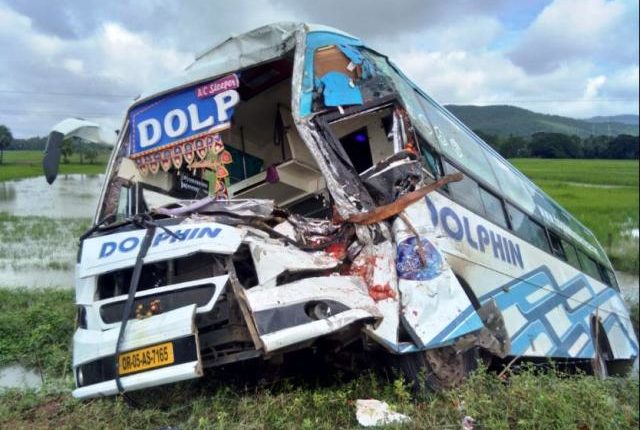 Jajpur: At least 30 persons were injured after the bus they were travelling in had a head-on collision with a truck on NH-5 near Khairi under Badchana police station in Jajpur district in the wee hours today.

Reportedly, all the injured were admitted to Badchana hospital whereas an injured woman was later shifted to Cuttack after her condition deteriorated.

Sources said the bus en-route to Cuttack from Kolkata collided with a tomato-laden truck inear Khairi n between 4 AM and 5 AM today.

On receiving information, police and a fire brigade team reached the spot and sent the injured passengers to hospital for tretament.

Cyclone Titli aftermath: 12 feared dead due to landslide in Odisha