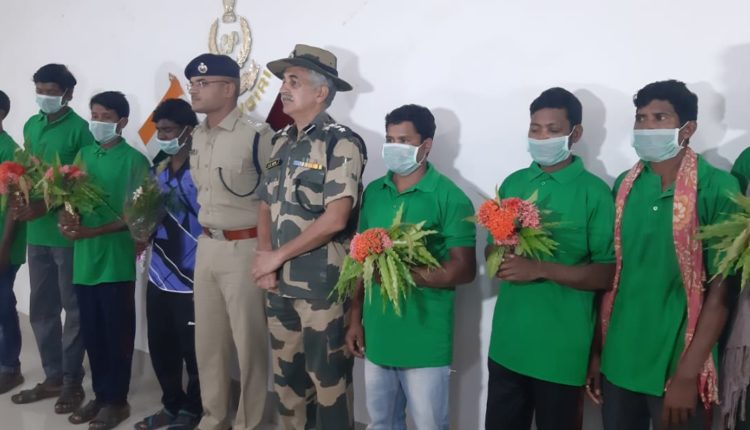 Malkangiri: In what can be termed as a major success in anti-Maoist operations, as many as eight hardcore Maoists involved in activities of violence surrendered before the SP of Malkangiri district, today.

One of the surrendered Maoists, identified as Samba Khara, a resident of Luchhapani village under Papermetla police limits of Malkangiri district, had joined the Maoists in February, 2017. He was involved in many criminal activities such as blasting of IED, killing of MLAs and civilians and exchange of fire.

He decided to join the mainstream as he saw various developmental activities being undertaken by the government of Odisha. He was disappointed with the party leaders as they did nothing for the development of Swabhiman Anchal, rather focused on their interests and they were using innocent tribals for their own individual interests and killing them mercilessly, police sources said. 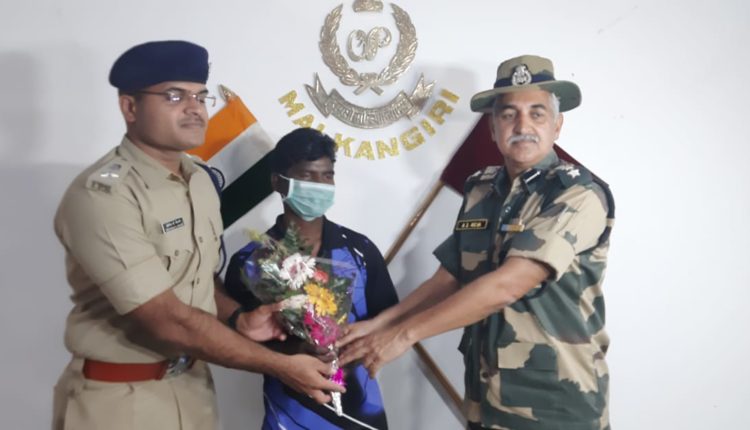 On the other hand, seven other Maoists of Swabhiman Anchal also surrendered before the Malkangiri SP. The surrendered Maoists have been identified as Bhaskar Khilla, Jogi Khara, Trinath Khilla, Radhaba Khilla, Khatru Hantal, Raghu Ram Hantal and Nindi Pangi. They were involved in many criminal activities.

They all decided to leave the organisation as they saw Maoists using innocent tribals for their vested interests and killed them after branding them as police informers.