Odisha: 8-year-old crushed to death by tractor inside brick kiln 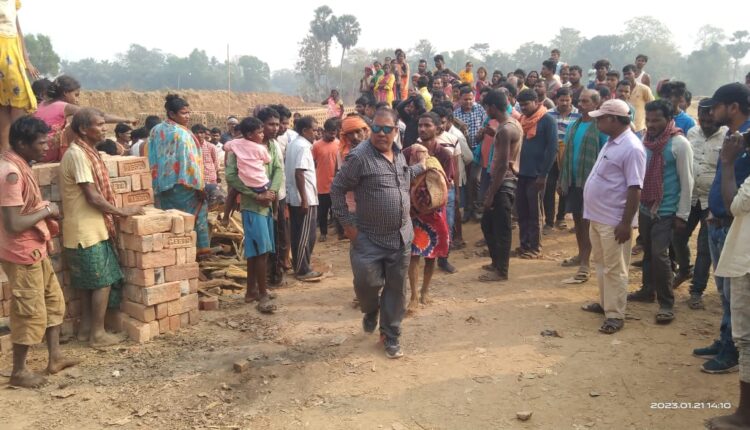 Jaleswar: In a tragic incident, the eight-year-old son of a migrant labourer couple was crushed to death under the wheels of a tractor on the premises of a brick kiln at Sikharpur village under Jaleswar police limits in Odisha’s Balasore district today.

The victim has been identified as Shibam Kumar, son of Paramjit Singh and Susama Devi of Kalyanpur village in Jharkhand. The couple has been working as labourers at the brick kiln for the last several days, sources said.

The incident took place while Shibam was playing with some other children on the premises of the brick kiln at around 10.30 am in the morning.

The child accidentally came in front of a tractor while it was carrying unbaked bricks to the kiln. He died at the spot, sources said.

On being informed, Jaleswar police seized the body and sent it for postmortem.

A case has been registered in this regard and the tractor driver has been detained for questioning, said a police officer.