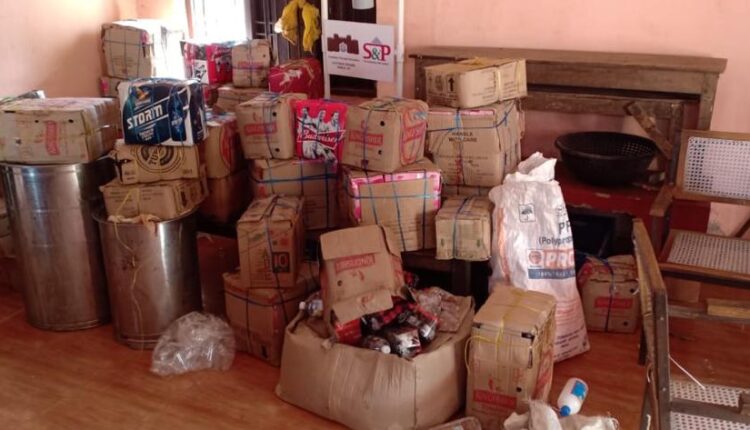 Cuttack: The Commissionerate Police busted an adulterated honey and puja items manufacturing unit in Cuttack city and arrested a person in connection with the case. The accused, Chandi Rao was forwarded to the court following his arrest today.

Acting on a reliable information, a team of police personnel raided a house at Chamada Godown Gali in Ranihat Canal Road yesterday afternoon. During a search police seized 180 bottles of duplicate Pabitra Ganga Jal, 3,456 bottles of Gulab Jal, 1,196 bottles of adulterated honey, 480 bottles of Saptatirtha Pancha Jal, 1503 bottles of Aguru jal, 2,019 empty bottles, two jars of 50 Ltr and 100 Ltr, one cooking utensil and one gas burner. Rao, who was present at the house during the raid, was apprehended following the raid.

During questioning, Rao accepted his involvement in manufacturing the adulterated puja items under the brand name of Swastik Industries. The seized items were also found to be adulterated and of poor quality.

After registering a case under sections of IPC and Trade Mark Act, the Commissionerate Police arrested Rao.

The puja items manufacturing unit had neither required permission and registration nor standard quality certificate. The accused was selling the adulterated honey and puja items in the markets of Cuttack and other districts, said Cuttack DCP Prateek Singh.