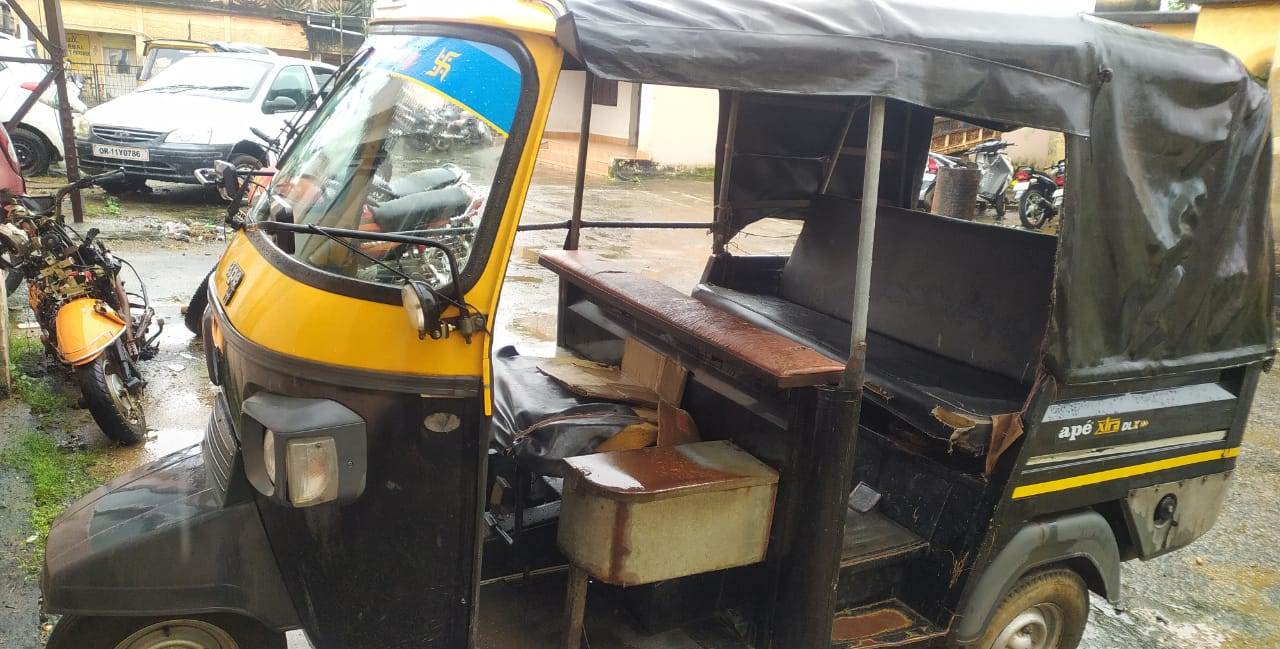 Baripada: Amidst hefty fine collections after implementation of new Motor Vehicle Act in Odisha, a weird incident came to fore in Baripada town of Mayurbhanj district where a violator made a mockery of new traffic rules by refusing to pay huge penalty.

An auto-rickshaw driver identified as Pradeep Sahu, a resident of Bada Bazaar area, who has been slapped with a challan of Rs 40,500 for violating the new traffic rules, decided to dump his vehicle at police station instead of paying hefty fine.

During verification, it was found that the woman identified as Rekha Patra of Madhuban (Bagicha Sahi) area under Baripada Town Police Station was sitting in the auto-rickshaw. She is a veteran property offender and involved in more than 10 theft and burglary cases. Further, two screw drivers were found from her possession, which is suspected to be used by her during commission of property offence, said the Baripada police in a statement.

Following frisking, Pradeep was imposed a challan amount of Rs 40,500 as he failed to produce documents of vehicle including driving licence.

The auto-rickshaw driver was asked to produce documents like DL, RC and insurance, but he could not produce the same, for which the vehicle was brought to the police station and Junior MVI Chinmayee Mohanta was requested to examine the said auto for necessary action. As the violator could not pay the said amount, the auto is kept at police station and after clearance from RTO, it will be handed over to the person concerned, police said in a release.

However, Pradeep refused to pay the hefty challan to get back his auto-rickshaw, which he had bought on finance.

“The cops detained my vehicle alleging me of carrying an offender. How could I know that the passenger was a criminal? Next day, a junior MVI official imposed fine on me for not having DL and other documents. However, I will not pay the fine. Instead of paying Rs 40,500 to release auto-rickshaw, why should not I purchase a new vehicle at same price and additional cost of only Rs 10,000?” he asked.

“I had bought the auto last year through finance. I am yet to get the documents from the finance company. But, I will never deposit the fine amount before the authorities,” he added.

If such incident continues to occur across the state, the hefty traffic penalties under new Motor Vehicle Act may cause inconveniences for the authorities in future with a number of seized vehicles dumped on premises of various police stations.