Odisha again demands for hike in paddy MSP to Rs 2,930 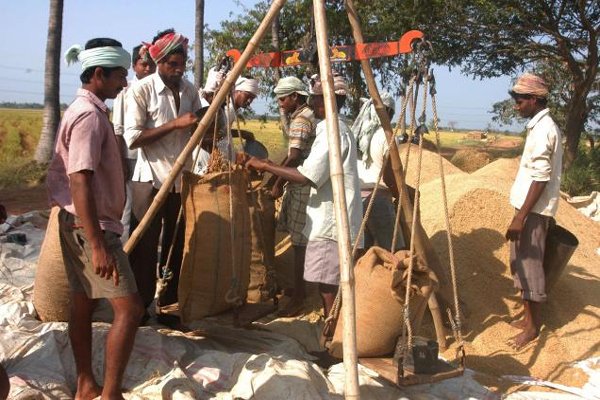 Bhubaneswar: Odisha Government once again demanded the Centre for hike in Minimum Support Price (MSP) of paddy to Rs 2,930 to benefit the small and nominal farmers of the State.

Briefing a presser today, State Agriculture Minister Arun Sahoo said that the State has been demanding the Centre for hike in paddy MSP to Rs 2,930 per quintal.

“Recently, the Centre has increased MSP for all mandated kharif crops including paddy for marketing season 2021-22. The MSP of paddy (common) has been hiked to Rs 1,940 from Rs 1,868 per quintal. Similarly, the MSP of paddy (Grade A) has been increased to Rs 1,960 from Rs 1,888, an increase by Rs 72 per quintal, which will not benefit the farmers of the State,” Sahoo told media.

He said that the State had braced for 7 cyclonic storms in past two decades. Despite series of cyclones, floods, droughts and massive pest attacks, Odisha has emerged as one of the largest paddy producers in the country.

Giving data about paddy procurement from farmers in last two years, the Minister said, “the income of farmers depends on paddy production and sale. The Government had procured 70.56 lakh MT paddy in 2019-20 for which Rs 12,087 crore had been transferred to farmers’ bank accounts. In 2020-21, 72.56 lakh MT paddy was procured and Rs 13,514 crore has been transferred to farmers so far. The process for procuring Rabi paddy is underway in the State.”

He said that a proposal recommending hike in paddy MSP had been cleared by the State Assembly with consensus twice in 2017 and 2018. The proposal says that if the MSP of paddy was increased to Rs 2,930, the farmers would  get 25% profit.

“Considering the economic condition of farmers of the State, the Centre should take decision for their interest,” Sahoo said adding that his department has been writing to the Centre on various occasions since a long time putting forth its demand for MSP hike of paddy to Rs 2,930.