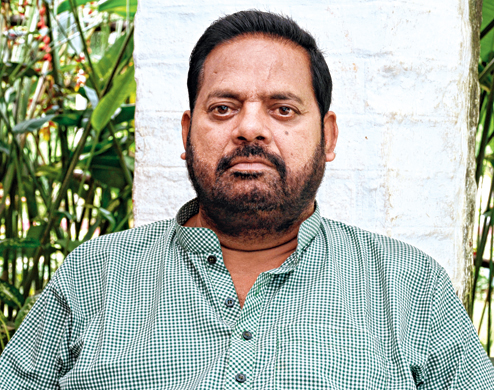 “Out of the Rs 54.45 crore received in 2015-16 for coconut cultivation, Rs 45.08 crore has been utilized and Utilization Certificate (UC) for Rs 30 crore has also been submitted. We were unable to exhaust the complete assistance as we received the funds very late in the financial year,” said Maharathy speaking to reporters today.

Besides, he tried to give Singh’s allegations a political colour and alleged that the Center is fearful of Odisha Chief Minister Naveen Patnaik’s popularity. He further alleged Singh of indulging in party politics in the name of governance and questioned BJP State unit President Basant Panda’s eligibility to preside over a government function.

“I wonder how the Union Agriculture Minister asked the leader of a national party (Basant Panda) to preside over a review meeting of government officers! The Union Ministers are treating it as a political platform to reward politicians. They are afraid of the popularity of Naveen Patnaik,” Maharathy added.

Odisha BJP, on the other hand, replied to the allegations levelled by Odisha Agriculture Minister.

“The decision was taken in the meeting itself and Basant Panda was asked to preside over the meeting. If the department doesn’t have an objection, the minister should have no issues with it. He is reacting because of Radha Mohan Singh’s criticism over the unspent funds,” said Odisha BJP Chief Spokesperson Sajjan Sharma.

451 km long coastal highway to be constructed in Odisha