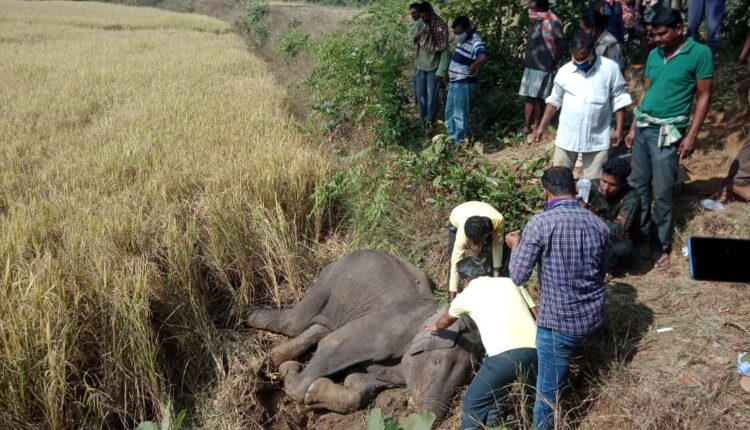 The jumbo was undergoing treatment at the farmland, but the veterinarians failed to save her life. The elephant died at 12.00 pm.

According to reports, the female elephant was found unconscious at the paddy field in the morning. On receiving information from the locals, a team of forest officials including the Khamar Ranger and ACF had rushed to the site and immediately started her treatment.

She was administered a IV fluid and antibiotic injection by the Pallalhara Sub-Divisional veterinary officer.

The vegetarian treating the elephant said that the wild animal was unable to take food as she was sick in a past few days. She fell down due to weakness.

The stool and urine samples of the elephant have been sent for test. The reason of her death will be clear after the test report, said Deogarh ACF (Affn, FF & Communication) Peter Tigga.

The senior officials have been communicated in this regard. The body of the elephant will be sent for post-mortem to ascertain exact cause of the death.