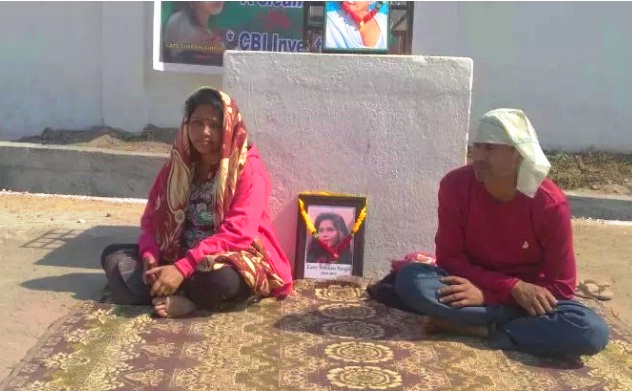 Jharsuguda: Demanding a CBI probe into the death of Sambalpuri album actress Simran Singh, family members of the deceased staged a dharna in front of the Collector office here today.

Keeping a photograph of the deceased actress on the road, her parents sat on a dharna in front of the district Collectorate. They alleged that even though almost a month has passed since the death of Simran, police are yet to arrest all the persons responsible for the incident.

They alleged that while complaint was filed against Simran’s husband, his mother and uncle, police have arrested only her husband Dhrubaraj Suna. They demanded an impartial probe into the incident and stringent action against the culprits.

Worth mentioning, Simran was found dead under a bridge of Mahanadi river near Goira Matha under Burla police limits in Sambalpur on January 3

Heart hospital in partnership with Medanta Group on the…