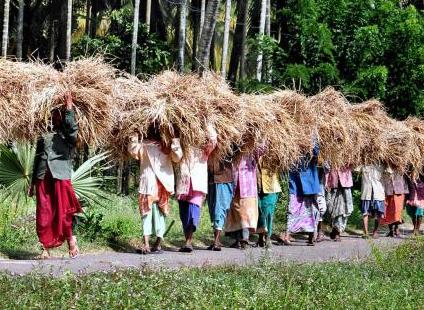 Bhubaneswar: With low pressure formed over south-east Bay of Bengal intensifying, weatherman has forecast rains at different places in Odisha starting from Monday.

While heavy rain has been forecast in one or two places in south Odisha on Tuesday, moderate rain has been predicted over the districts of Gajapati, Ganjam, Puri, Khordha, Jagatsinghpur, Kendrapara, Cuttack, Bhadrak, Balasore, Mayurbhanj, Keonjhar, Jajpur, Dhenkanal, Angul, Nayagarh, Kandhamal and Boudh between Wednesday and Saturday.

“Effect of rain will be more especially in coastal Odisha and its adjoining districts. Some places will experience moderate rainfall and there is also likelihood of heavy rains in some places between 15th and 18th,” informed Sarat Sahu, Director, Regional Meteorological Centre.

Further, the SRC has asked Collectors to make special arrangements at mandis (paddy procurement centres) to prevent paddy from getting damaged due to low pressure induced rains.

“Farmers, especially in Gajapati, Ganjam and coastal districts, have been asked to harvest ripened paddy from the fields and keep the harvested paddy undercover to prevent damage. However, there is no possibility of cyclone,” said Mohanty.