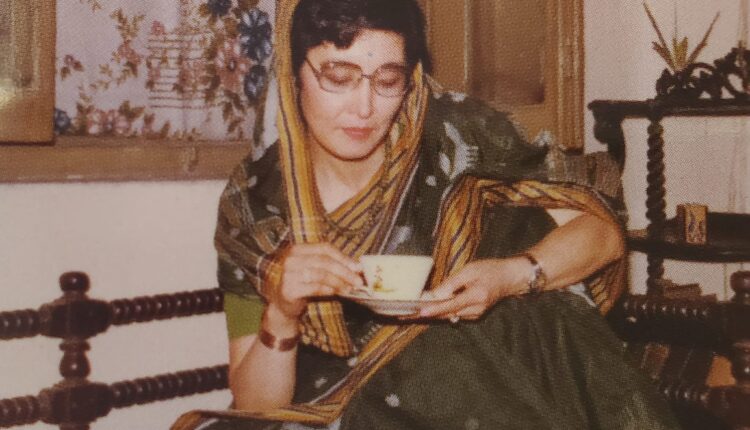 Orissa – now known as Odisha – is a large state located on the coast of the Bay of Bengal, lying southwest from the state of West Bengal. The ancient Kalinga Empire blossomed along Odisha’s many waterways starting at its central region where the Mahanadi river begins and finally drains into the Bay of Bengal.

While studying history as a student, though faint in details, I remember being interested in references to the ancient Indian Maurya Dynasty, King Chandragupta, King Ashoka, and the conquests of Alexander the Great from Macedonia into India. The region of Odisha and its ancient Kalinga Empire was intimately tied to these historical events.

Alexander the Great led a conquering army through Asia Minor and Central Asia, Persia and travelled through Kabul and Samarkand, and further into the upper Indus Valley where he sought to conquer the Indian subcontinent. He continued onto the Northwest Khyber Pass, travelling through Rawalpindi and Taxila into present day India. Here he was met with great resistance from the ruling powers and had to retreat. His dream of conquering India did not materialize, and he died in 323 BC in Babylon from a lack of supplies.

The Maurya Empire was established soon after in this region under King Chandragupta. He married one of Alexander’s commanders Seleucus’s daughter. Their grandson Ashoka later became the King in 268 BC. King Ashoka planned to conquer the southeastern Kalinga Empire. He was met with fierce resistance by the Kalinga army, which resulted in 100,000 casualties and 150,000 prisoners. King Ashoka was distraught by the violence and death this battle brought, and suffered greatly from a sense of guilt. He proclaimed an end to war and violence. After the battle of Kalinga, King Ashoka became a devout Buddhist and worked to promote the Dharma of Buddhism throughout his empire.

When I think of Odisha, I am reminded of its ties to Buddhism and how it is connected to my own fate. I travelled to Odisha (once Kalinga) in 1970 and later in 1990. India is often referred to by expressions such as “eternal India”, but in the 20 years that passed from my first visit, even “eternal India” had greatly evolved.  The decades of 1970’s and 1980’s saw rapid industrialization throughout India, and this national reality could be observed in Odisha as well. In the northern region of Odisha, there had been extensive industrial development and many big projects such as the Rourkela Steel Plant, Hindustan Iron Ore Mine, the Hirakud Dam and several hydroelectric plants had come up. I have heard that the export of these resources to countries such as Japan, Europe, the USA and Russia are thought to be enormous. In fact, I have learned that even the Adivasi people that have maintained the agrarian lifestyle of the region for three thousand years have been absorbed into the industrial workforce, changing the fundamental fabric of the regional population. As tourists staying in a hotel and 2 visiting famous sites, it may not be possible to easily recognize these great changes occurring in the region. However, twenty years later, when I arrived in Bhubaneswar, I could immediately sense the changes that those years had brought.

Odisha’s capital was moved from Kalinga-era Cuttack to Bhubaneswar in 1956. Bhubaneswar refers to the Lord of the Universe (Shiva). The journey from Howrah station in Calcutta (now Kolkata) to Bhubaneswar used to take ten hours by South Indian Railway (SIR). But now it takes less than an hour by jet to travel this same distance. During the time of my first visit to the city, at the airport and train stations surrounded by tall buildings, one could spot many rikshawalas and cycle-rikshaws jostling for customers. In 1990, at these places, while domestic black and yellow Ambassador taxis whisked away wealthy passengers, lines of clean tour buses awaited tourist groups.

These taxis and buses are usually headed toward western style Kalinga Ashok or Hotel Prachi where tourists can enjoy air-conditioned rooms, well appointed with comfortable beds, bathtub and shower, providing a comfortable stay. British Raj-style white jacketed bearers looking smart are ready to serve Chota Hazri (morning tea) on a tray brought straight to the room. Their polite greetings of “Good morning, Sir, Good morning, Madam” bespoke their good training in hospitality industry mannerisms and it made the guests feel quite satisfied.

The dining rooms are crowded with overseas tourists. With limited time, it’s difficult to enjoy the breakfast servings that start with juice, cereal, toast, and eggs. The tight touring schedule demands an early start where buses are waiting to take us to various destinations guided by a knowledgeable local guide. Calcutta visitors are usually interested in seeing Konarak, located 80 kilometers away from Bhubaneswar along the Bay of Bengal, and Puri, that lies 60 kilometers from there. The deluxe buses can complete this journey comfortably in one day.

Even though one may be able to visit important historical sites through these well-organized tours, one may not experience the local culture, customs of the people and interact with the local people in any meaningful way. It can seem like an empty journey when rushed by limited time. However, it is clearly discernible that the twenty years have not just changed the landscape and people’s lives in Odisha, but they have also changed how we travel and experience the journey itself. Maybe this is due to the accessibility of overseas travel which used to be the thing of dreams for most Japanese people in the 1960’s and 70’s.

It is a blessing, of course. If I hadn’t married an Indian and travelled to India to see family, I may not have had the chance to travel to India at all. With limited resources, our travel to India was considered an important lifetime opportunity. I felt compelled to fully experience and remember each moment as being precious during these visits. First impressions were felt deeply and valued in a more meaningful way. In that sense, the second visit to Odisha in 1990 seems vaguer compared to my first visit in 1970. Could this be because in 20 years’ time so much had changed? Or was it because, unlike my first visit, I was rushed and didn’t feel as compelled to take in each moment as being precious?

[This is the first of a multi-part series of a chapter from the famous Japanese book Indo Tambou (My Indian Journey) by Eiko M. Tagore, published in 2011. The author is the spouse of late Prof. Sandip Tagore, a 2017 recipient of Pravasi Bharatiya Samman Award in the field of arts & culture. The English translation is done by her daughter Maya Tagore-Erwin. Eiko M. Tagore currently lives in Osaka, Japan]