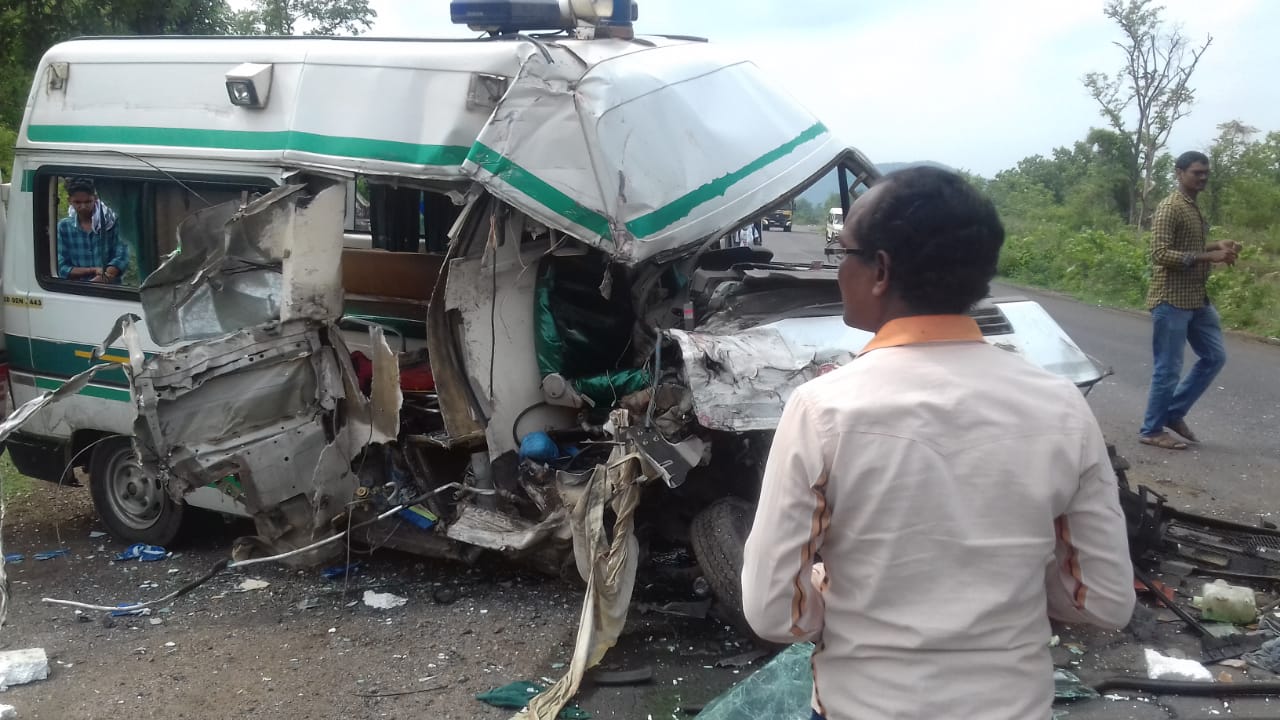 Sambalpur: At least six persons suffered grievous injuries in a collision between a truck and an ambulance at Jamtal under Jujumara block in Sambalpur district today.

The incident took place when a patient was being taken to a hospital in Sambalpur from Boudh district. The speeding truck hit the ambulance injuring six persons, including the patient. The intense of the clash was so high that half portion of the ambulance has completely been damaged.

All the injured have been admitted to Sambalpur Sadar Hospital for treatment.

However, no police official had reached the spot till last reports came in.