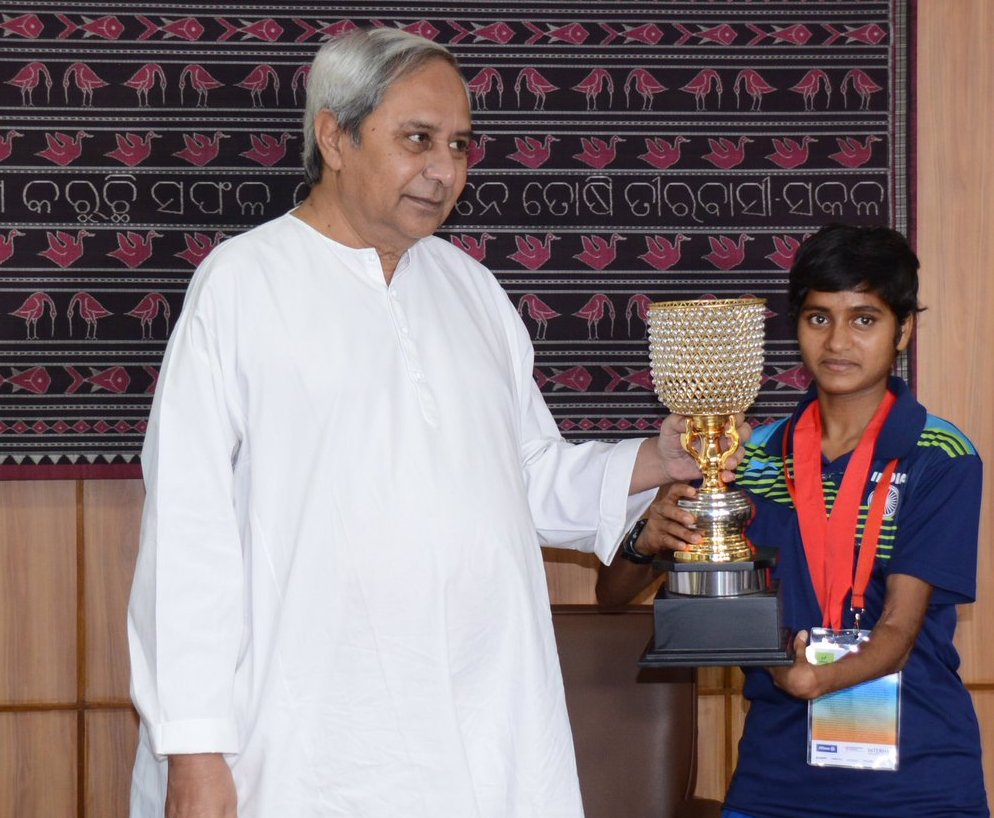 She would be felicitated on August 29 on the occasion of National Sports Day for bringing laurels to the state at the four-day event which concluded on August 6.

The talented athlete returned to the capital city yesterday to a rousing welcome.

Hailing from a poor family, she braved all odds to rise to such heights.

Bishnu Prasad Mishra had first spotted her six years ago and since then he has been training her.

She is the youngest among five siblings.

OMG! Aparajita, Varsha and Archita pose together for a selfie?