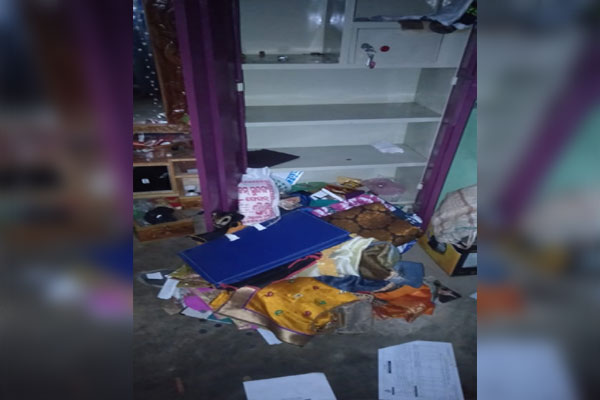 Angul: Armed robbers locked up a family in a room and looted gold jewelries and cash from a house at Purunagarh village under Chhendipada police limits in Angul district late on Saturday night.

One member in the family sustained injuries for obstructing the miscreants from the loot.

According to reports, the armed miscreants had disconnected the power before entering into house of Pramod Mohapatra (49) through rooftop in wee hours of Sunday. They confined all the family members inside a room and looted gold jewelries and Rs 6 lakh cash.

Sources said that the robbers looted 90 grams gold jewelries including 3 necklaces, 2 chains and 3 pairs earrings kept inside a wardrobe for wedding of Mohapatra’s daughter scheduled on March 24. When his son Patitapaban hindered the docaits from robbery, they hacked his hand with a sword. He was rushed to the Community Health Centre (CHC) in Chhendipada for treatment.

Next morning, Mohapatra lodged a complaint at Chhendipada Police Station following which an investigation has been initiated to nab the robbers.