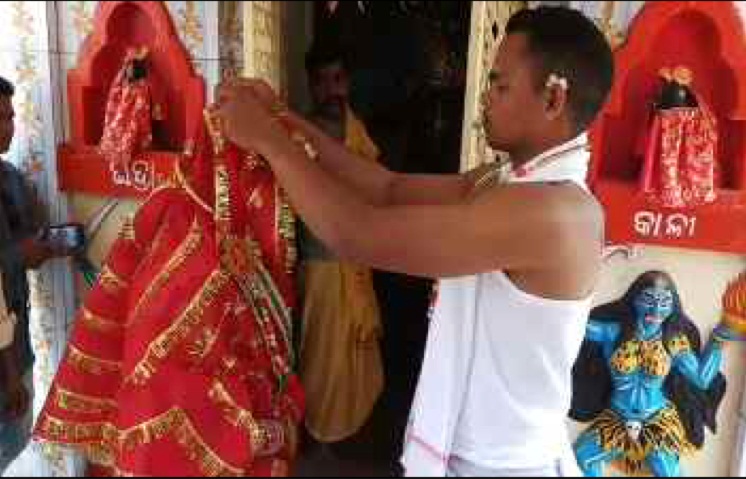 The rape accused Tulu Pradhan, who works with with Bihar Regiment, married the woman at Tarini temple in presence of their family members and G. Udayagiri police on Sunday.

The woman home guard had lodged a written complaint with G. Udayagiri police against Tulu and his friend, who is posted as a constable in Armed Police Reserve (APR) alleging gangrape.

She alleged that she was gangraped inside her house while she was alone on June 15 night.

Tulu, the resident of Pena Gabari village in Kandhamal district, was detained along with his friend by the G. Udayagiri police for interrogation.

According to reports, Tulu was into a relationship with the woman home guard in the past two years.

Following detention, Tulu had denied the allegation. He said that he always wanted to marry her, but she refused his proposal and brought rape allegation against him to create problem in his job.