ODISHA LATESTTOP
By Sambad English Bureau On May 15, 2020 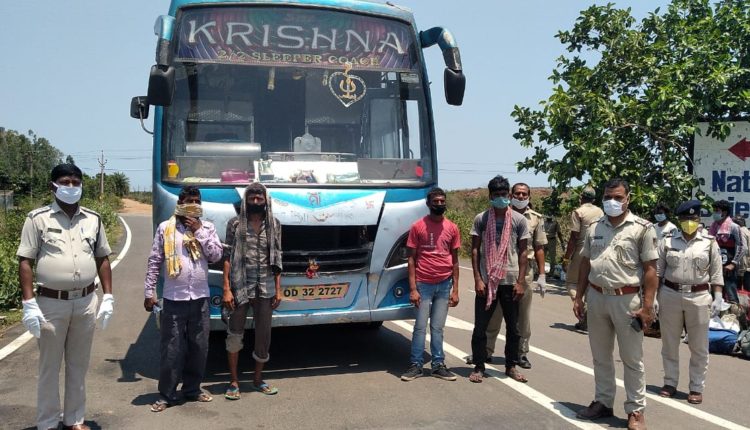 Bhubaneswar: After a migrant Odia worker died on road in Andhra Pradesh while walking back home, police has lent a helping hand to those going out of Odisha on foot by arranging buses to take them to the border of the state, an official said on Thursday.

Six buses carrying more than 250 workers, who were walking home, were dropped on the borders of West Bengal, Jharkhand and Chhattisgarh on Wednesday evening, a senior police officer said.

The officer said a large number of migrant workers are found transiting through Odisha on foot to reach their home states.

“Odisha Police is using buses from important checkpoints like Sohela, Girisola and Kerada to carry the migrants to the border,” the official said.

Similarly, the workers of West Bengal were picked up near Jamsola gate in Mayurbhanj district and dropped them near their state border.

Two buses from Kerada in Rayagada district also dropped migrants of Chhattisgarh at border points in Nabarangapur and Nuapada districts, the officer said.

The Odisha government has made the arrangements after reports came on Tuesday that a 21-year-old worker collapsed on the road and died apparently due to sunstroke at Bhadrachalam in Andhra Pradesh.

The man had walked 300 km with three friends in his bid to reach Odishas Malkangiri district.