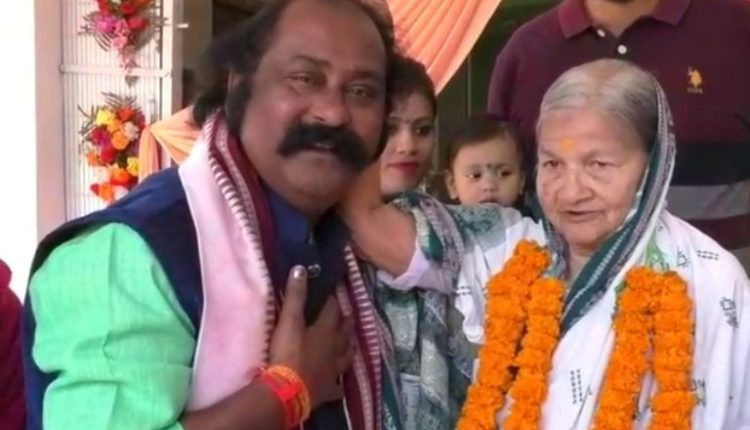 Bargarh: Bhubaneswar Pradhan, who is playing the role of demon king ‘Kansa’ during Bargarh Dhanu Yatra, the world’s largest open-air theatre beginning from December 31, 2019, has sought blessings of ‘Guru Maa’.

As per the tradition, an artiste playing the role of Kansa has to get the ‘Aagyan Mala’ from the ‘Guru Maa’ prior to Dhanu Yatra. Bhubaneswar has been considering first Kansa of Bargarh Dhanu Yatra late Yudhistir Pradhan as ‘Maha Guru’.

Today, Bhubaneswar accompanied by his wife visited Yudhistir’s house and sought blessings from Jambubati Satapathy, the wife of Yudhistir.

The Guru Maa conveyed her best wishes to Bhubaneswar saying that the Dhanu Yatra this year will be held in a smooth manner.

CCTV in all stations and coaches by March 2022: Railway Board Chairman

Odisha: No new face for ‘Kansa’ role during Bargarh Dhanu…