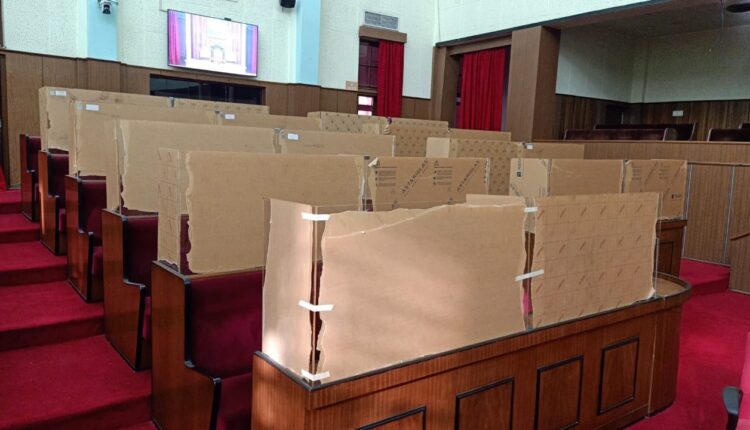 Bhubaneswar: The Monsson Session of the Odisha Assembly, which is scheduled to begin on October 29 amidst the COVID-19 pandemic, will have no Question Hour. Speaker Surjya Narayan Patro informed this after an all-party meeting held here today.

However, 12 Ordinances which have been cleared by the state Cabinet, will be tabled during the session for discussion.

The Assembly will run for four hours everyday. As decided earlier, the House will run on Sunday too.

“COVID-19 test of all MLAs will begin from tomorrow. Sitting arrangements have been made keeping in view the social distancing norm. Video conferencing facility from district headquarters is available for senior MLAs. But they will have to inform us beforehand,” said the Assembly Speaker said after the meeting.

The following decisions were taken at the all-party meeting: