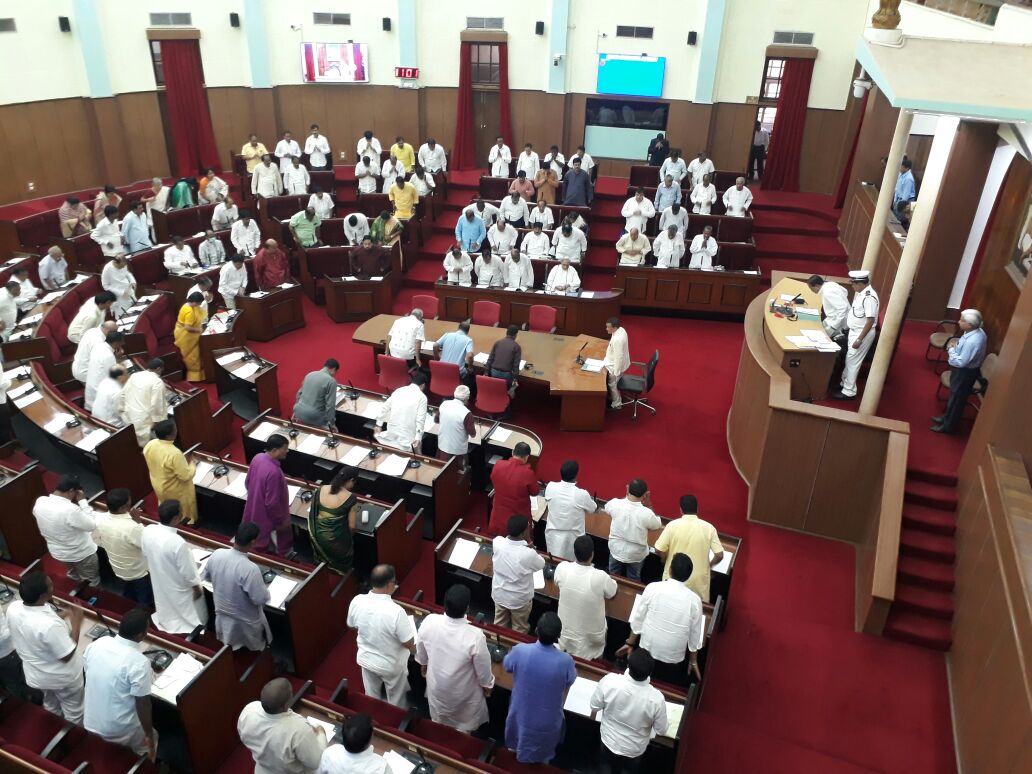 Bhubaneswar: The winter session of the Odisha Assembly began on a stormy note today as members of Opposition Congress created a ruckus in the House over farmer issues in State. The house was adjourned till tomorrow following the stalemate.

Soon after the obituary reference made by Chief Minister Naveen Patnaik, Congress legislators went to the well of the House and created uproar over various farmer issues, following which Speaker Pradip Amat adjourned the House till 12.14 PM and again till Saturday.

Later, Leader of Opposition Narasingha Mishra and BJP legislature party KV Singhdeo paid their condolences. After that, the Speaker urged all legislators to observe a one-minute silence as a mark of respect to them.

Women employees on maternity leave to get salary for 7 weeks