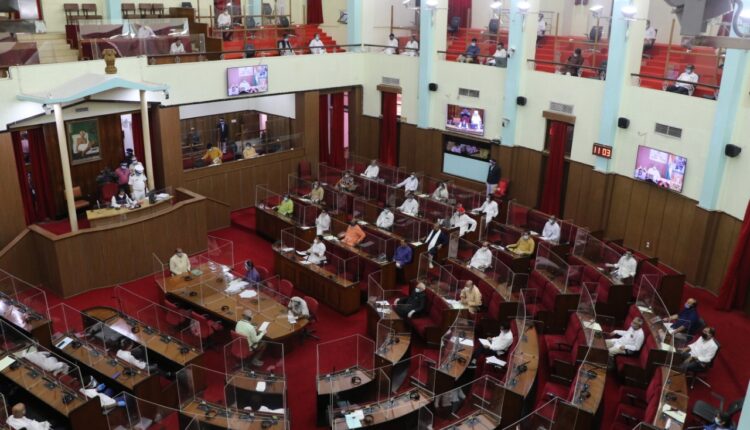 Bhubaneswar: The Monsoon Session of the Odisha Legislative Assembly commenced today at 11 am with adherence to COVID-19 norms by MLAs and staffers. The session is scheduled to conclude on October 7.

Odisha Chief Minister Naveen Patnaik and several MLAs attended the assembly session from different locations through videoconferencing. Video conference system has been installed at the residential office of the Chief Minister, offices of ministers, leader of Opposition and district collectors for this purpose.

Speaker Surjya Narayan Patro then adjourned the House till 3 PM.

During the session, the House will meet for around four and half hours daily. Only those MLAs who tested negative for COVID-19 have been allowed to attend the session. There will be no Question Hour during the entire session.

Seating arrangements as per social distancing norms have been made for the members of the House at the Assembly hall, visitors gallery, distinguished visitors gallery and Speaker’s gallery.

The Assembly hall and premises will be sanitised everyday by the Bhubaneswar Municipal Corporation (BMC) during the session.

During the COVID-19 testing conducted at the Assembly premises in the last three days, a total of 19 MLAs tested positive for the deadly virus. So far, 51 MLAs have contracted the virus in the state.