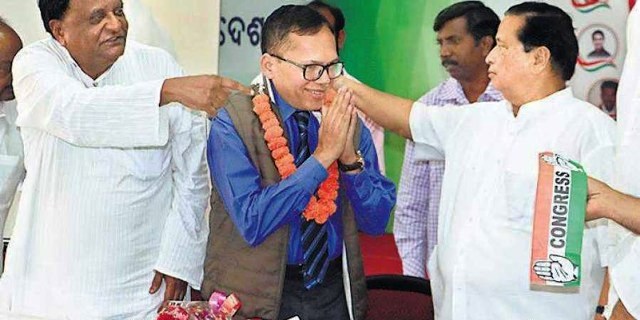 Sambalpur: Aswini Pujahari, former director of VIMSAR in Burla, has resigned from the primary membership of the Congress party.

He had joined the Congress on March 24 and unsuccessfully contested from Sambalpur Assembly constituency as a party candidate in the recently concluded polls.

Following his resignation, Pujahari said he was humiliated and abused by some Congress workers during the review meeting held at the District Congress Committee office here on June 26.

On being asked about chances of joining any other party, Pujahari said he will take decision in this regard in future.