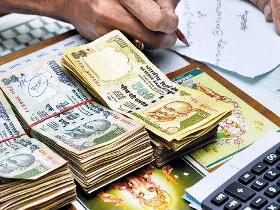 The Odisha government has attracted about Rs 1.61 lakh crore investment in last two years, the state assembly was told on Thursday.

In a written reply to ruling Biju Janata Dal lawmaker Amar Prasad Satapathy, Industry Minister Debi Prasad Mishra said that 43 companies have shown interest to set up their industries with an investment proposal of Rs 1,61,629 crore in the state.

These companies have expressed their interest to set up their projects after the industrial policy-2015 came into effect, he added.

While 14 companies have evinced interest to invest Rs 70,956 crore at Make In India week held in Mumbai this February this year, the state government has got the assurance of Rs 90,670 crore investment at Invest Odisha meet in Bengaluru, said Mishra.

The state-level single window clearance authority has already cleared the proposals of 20 companies with an investment of Rs 3,931.06 crore.