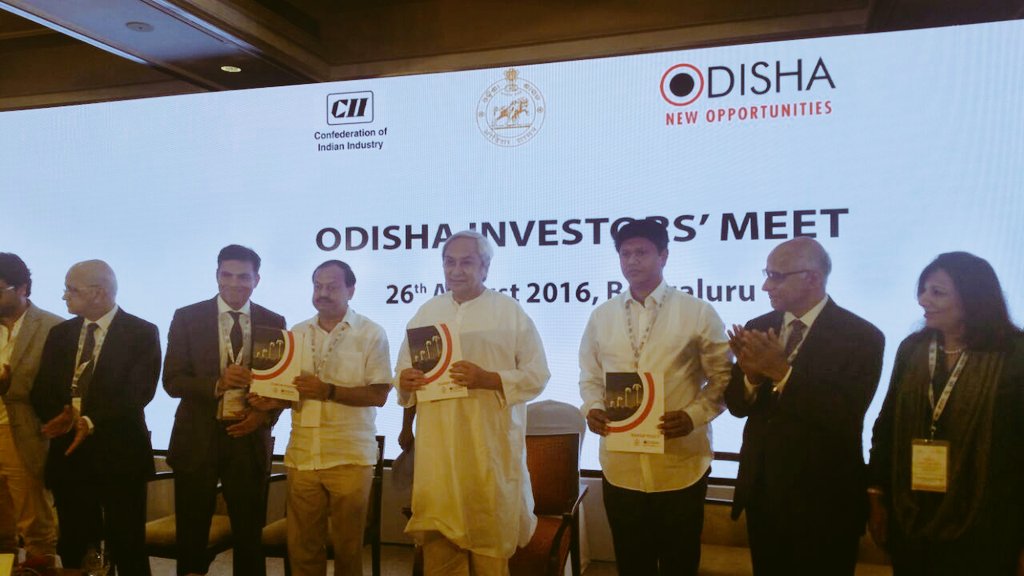 Odisha Government held discussions with at least 66 companies and has attracted investment as much as Rs 90,490 crore in the two-day investors’ meet organised in Bengaluru that came to an end today.

“We are overwhelmed by the response that we have received for the Odisha Investors’ Meet. During the two days, our state delegation met 66 top companies in 13 diverse sectors. I personally met heads of 24 companies today,” said Odisha Chief Minister Naveen Patnaik speaking to reporters after the event.

“We have received a total investment announcement of Rs 90,490 crore during the two days with employment potential of more than 70,000. We are organizing Make in Odisha conclave on December 1-2 this year at Bhubaneswar,” he added.

According to JSW Steel CMD Sajjan Jindal, his company has evinced interest in investing Rs 50,000 crore to set up a 10 MT steel plant in the state.

The government has plans to promote employment intensive sectors and it will launch sectoral policies for these sectors before end of this year, said Patnaik addressing the investors’ meet today.

Apart from investor friendly policies, the government is also working towards facilitating industrial infrastructure facilities for the investors. In addition to the Infovalley, the government is developing large investment regions in the form of National Investment & Manufacturing Zone (NIMZ) at Kalinganagar and a Petroleum, Chemicals and Petrochemicals Investment Region (PCPIR) at Paradip.