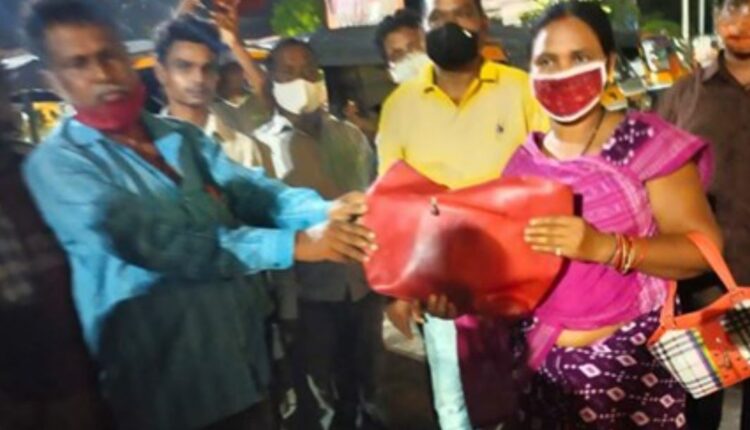 Sambalpur: In an act that definitely restores faith in humanity, an auto-rickshaw driver returned a bag containing gold jewelleries worth around Rs 7 lakh to a woman passenger in Odisha’s Sambalpur district as she had forgotten to carry it with her after alighting from the vehicle.

As per reports, Yuvraj Behera and his wife Chandrakanti Behera deboarded at the Khetrajpur Railway Station on June 6 evening after travelling in Nagavali Express.

The couple then hired an auto-rickshaw to reach their residence near Remed Chhak. As Muhammad Azim, the driver of the three-wheeler, returned home after dropping them off, he found the bag containing the valuables inside the vehicle.

He contacted the duo and returned them their bag. His noble act has been praised by many in the area.