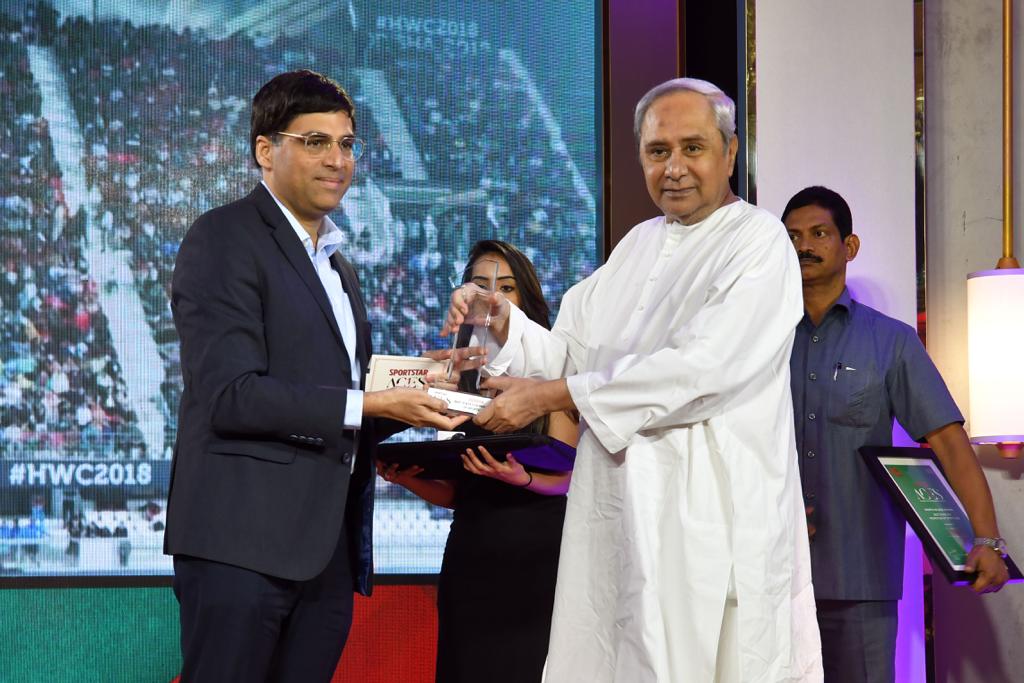 Odisha Chief Minister Naveen Patnaik received the award from Indian chess Grandmaster Vishwanathan Anand in a glittering ceremony at the Crystal Hall in Taj Mahal Palace in Mumbai, this evening.

Odisha was nominated along with Telangana and Andhra Pradesh in the Best State for Promotion of Sports category but the the State clinched the trophy for organising the mega sporting event last year.

The Chief Minister thanked the jury for the recognition and dedicated the award to ‘four and a half crore sports-loving people of Odisha’.

Addressing the gathering of eminent sports persons present at the event, the Chief Minister said, “The involvement of a state in sports development in the country. Every state and its people are passionate about some sport. For example, hockey in Odisha. In a pioneering step, the government of Odisha is the official sponsor of the national hockey teams, both men and women. I believe that investment in sports is investment for the youth, investment in the youth is investment in the future. ”

Patnaik also stressed on the importance of the the participation of states in promoting and developing sports in the country. “If the states start adopting one or two games, it will hugely benefit the sports ecosystem in the country. Only when states are involved, we can broaden the catchment for sports talent. We may not have to wait for too long for the world to hear or national anthem being played on the Olympics stage,” he added.

Sportstar Ace Awards is a tribute to Indian sportspersons for their exemplary achievements and outstanding contributions to sports.