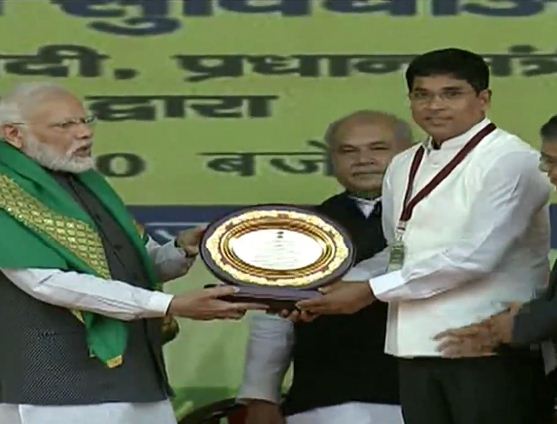 Bhubaneswar: Adding another feather to its cap, Agriculture Department of the Odisha Government today won the Krishi Karman Award for Total Foodgrains Production in the year 2016-17. 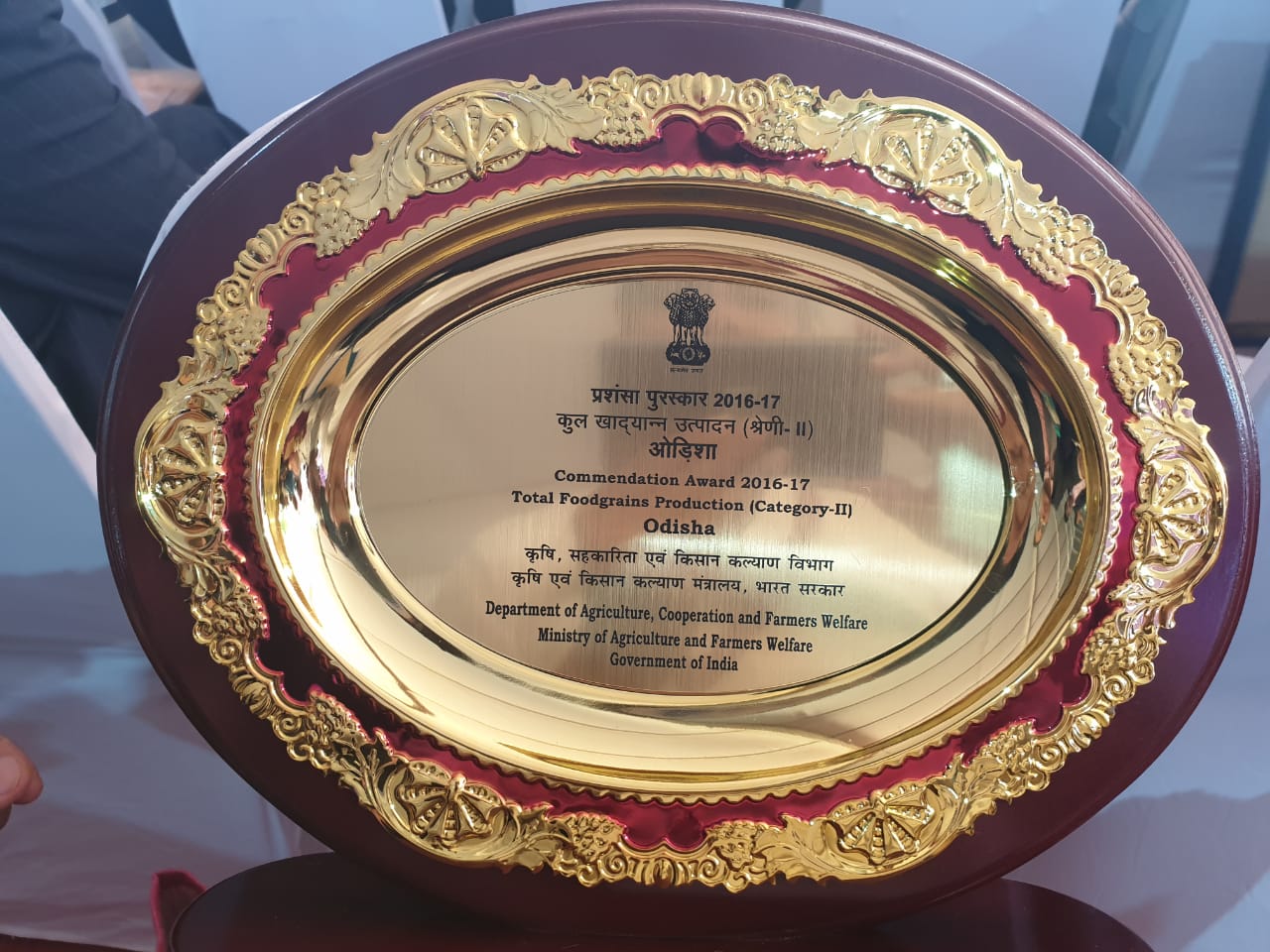 The award consists of a trophy, citation and a cash amount of Rs 1 crore. Additional Chief Secretary and Agricultural Production Commissioner, Pradipta Kumar Mohapatra and Director, Agriculture and Food Production, M Muthukumar were also present at the event.