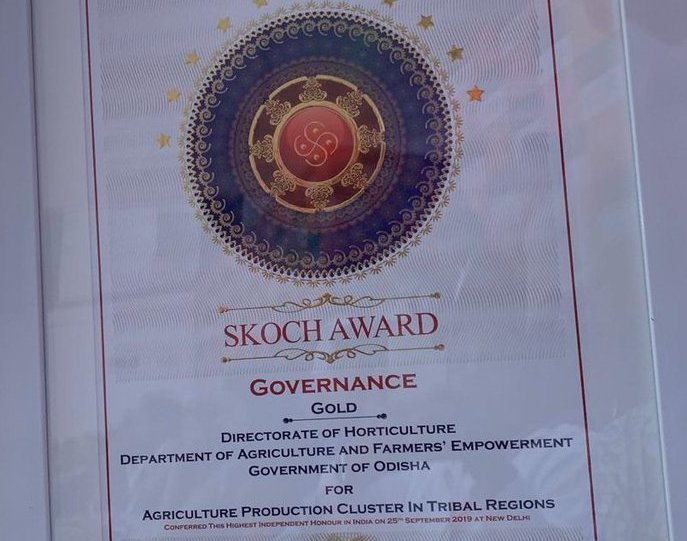 Directorate of Horticulture’s ‘Agriculture Production Cluster in Tribal Regions of Odisha’ project won the Gold Award in Agriculture category of the SKOCH Awards for this year.

The award was presented at the 61st SKOCH summit held at the Constitution Club of India in New Delhi, yesterday.

Launched by Odisha Chief Minister Naveen Patnaik in November, last year, the project has an objective of doubling the income of one lakh small and marginal farmers by establishing agriculture production clusters in 40 blocks of 12 tribal-dominated districts.

Two teaching hospitals to come up in Odisha