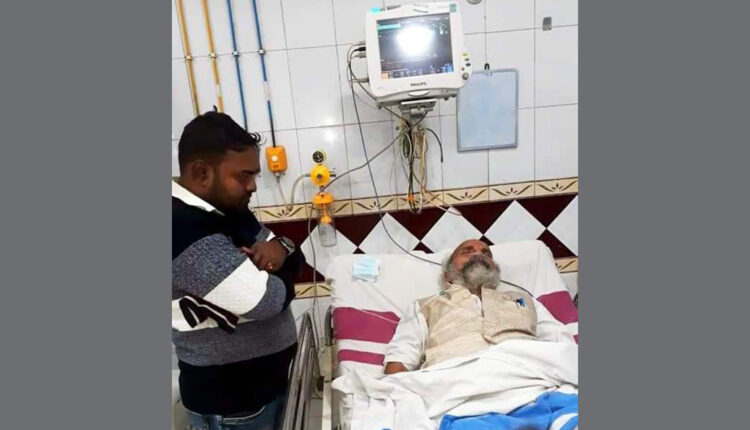 Sarangi has been suffering from high fever for last one week. He was admitted to the hospital after he complained of chest pain and breathing complications, sources said.

“The Balsore MP was found suffering from pneumonia during check-up. He was admitted to the ICU as per the doctor’s advice,” said Sarangi’s personal assistant Chandrabindu Das.

Sarangi’s supporters and several others reached the hospital after they came to know about his hospitalization.

Sarangi was elected from Balasore Lok Sabha seat in 2019. He was appointed as the Union Minister of State for Animal Husbandry, Dairying & Fisheries and Micro, Small & Medium Enterprises. Later, he was dropped from the Union Council of Ministers.

The BJP leader had been elected to Odisha Assembly twice from Nilgiri constituency in 2004 and 2009.