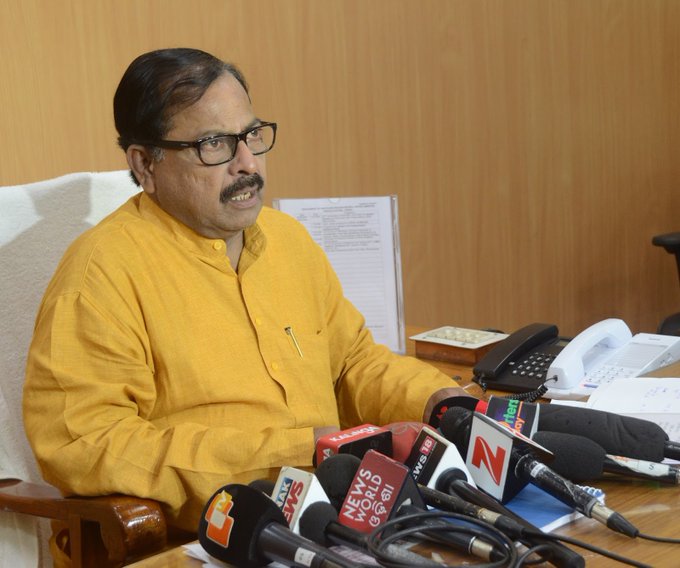 Bhubaneswar: In the wake of inconvenience caused to students and public because of 12-hour Odisha bandh by the Navnirman Krishak Sangathan (NKS), Finance Minister Sashibhusan Behera strongly condemned the stir.

Reacting to the State-wide shutdown, he termed it as ‘unfortunate.

He said that the State government had appealed to the farmers’ body not to observe Odisha bandh, just a day before the commencement of annual matriculation examination. However, the NKS members remained firm on their decision without taking time to consider the KALIA scheme benefits.

“Without reviewing the KALIA scheme and not cooperating the State government, they decided to take to the streets for which the public and students suffered. As the Finance Minister, I had discussed with the organisation on the road with a hope that the NKS will extend helping hand for the interest of farmers. But, our efforts went in vain,” Behera added.

Worth mentioning, the dawn-to-dusk bandh by the NKS over price, prestige and pension for the farmers had a partial effect across the State. As many as 70 protestors were taken into preventive custody in the morning to avoid any untoward incident.

Although no violence was reported during the shutdown, the students suffered to reach the schools to appear in the examinations. The vehicular traffic was also hit in the morning causing inconvenience to the commuters.

These train services affected due to Odisha Bandh