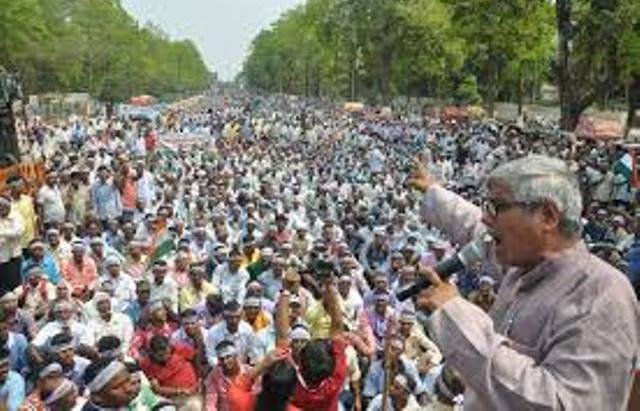 Bhubaneswar: With the BJP and Congress extending their support for a 12-hour Odisha bandh on February 21 called by farmers’ outfit Naba Nirman Krushak Sangathan, the State government has asked the collectors to take preventive measures to maintain law and order in their respective districts.

In the evening, State’s Home Department Special Secretary, Lalit Das, in a letter, has asked the collectors to instruct the officers and other staff to reach the office by 9.30 AM on February 21 in view of the bandh.

It is apprehended that they may stop vehicular traffic, rail traffic and close down business establishments and picketing before government offices, banks and educational institutions, Das said in the letter.

The State government’s directives came soon after the opposition Congress and BJP announced their support for the bandh. “We are supporting the bandh call as farmers are our top priority,” said Odisha Pradesh Congress President Niranjan Patnaik.

Similarly, State unit of BJP lent its support to the Naba Nirman Krushak Sangathan. “The farmers have a very right to stage protest in a democracy. We are supporting the bandh as the Odisha government has always gone against the farmers’ interest,” said State BJP President Basant Panda.

Earlier in the day, the NNKS National Convenor Akshay Kumar declared that they will go ahead with their state-wide bandh plan on February 21 despite an appeal from the State government to refrain from it alleging that the government is planning to foil their agitation in the name of the annual HSC board examination.

“We will observe the bandh between 6 am and 6 pm very peacefully. Vehicles carrying HSC question papers, ambulances and fire service vehicles will not be stopped during the bandh,” Kumar assured.

The annual HSC board examination scheduled to begin from February 22.

The State government has also warned the farmers’ outfit not to create any problems for the commuters or public. “Action will be taken against the agitators as per the law if they cause trouble to public,” a government order said.

Meanwhile, the State Police has made elaborate security arrangements to avoid any untoward incidents during the dawn-to-dusk bandh. State DGP R P Sharma appealed the farmers’ outfit to observe the bandh peacefully.