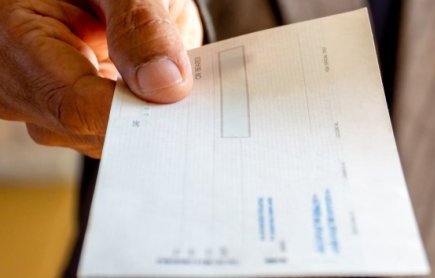 Koraput: A consumer disputes and redressal forum has imposed a fine on a bank manager in Odisha’s Koraput district for allegedly dishonouring a cheque though the account holder had sufficient funds in his account.

Following a complaint lodged by S P Debaje of Koraput, the forum asked the bank official to pay a fine of Rs 7,000 to the complainant towards compensation and Rs 3,000 towards litigation cost within 30 days from the date of communication of the order.

If the official failed to pay the amount, an annual interest of 12 per cent would be imposed on the awarded sum, Koraput’s consumer disputes and redressal forum said in its order delivered on Monday.

In the complaint registered on March 31, 2018, Debaje said he had purchased an LED TV from a shop in Koraput and made a payment of Rs 55,000 through a cheque of Axis Bank. However, the bank’s Koraput branch returned the cheque to the shop owner, citing insufficient funds in the account and charged Rs 690 for the bounced cheque, the complainant said.

“I had sufficient funds in my account. I had to face a lot of humiliation because of a mistake by the bank. I was forced to make the payment to the trader in cash, including the charges of a bounced cheque. Hence, I approached the forum,” he said.

He approached the forum seeking financial compensation of Rs 10,000 for the humiliation he had to go through because of the bank authorities. The forum found the concerned bank authorities guilty and imposed the fine after examining the case, verifying documents and recording statements.

“It was found that due to non-clearance of the cheque, the complainant, being a doctor, lost his reputation before a trader and it happened because of callousness of the concerned bank authorities. Keeping the suffering of the complainant in mind, the compensation was awarded,” the forum’s president Nibedita Rath said.

The bank authorities have also initiated the process for refund of Rs 690 to the complainant, she added.