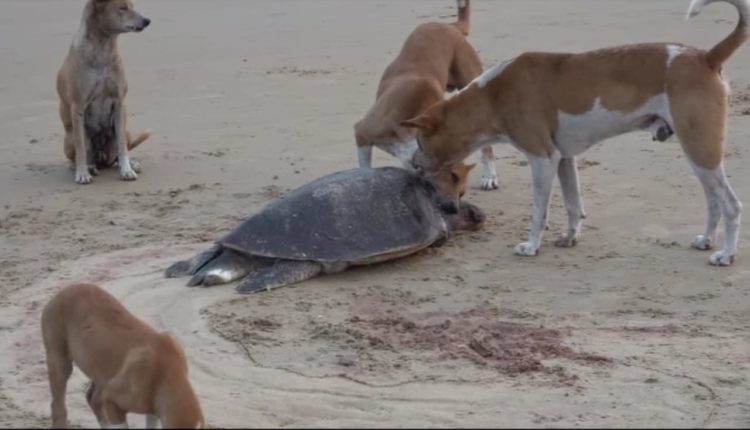 Paradip: Locals as well as tourists at Paradip beach here were  taken aback after they found carcasses of hundreds of Olive Ridely turtles spread along the coastline this morning.

Sources said the Olive Ridley turtles were found dead on the beach from Hanuman temple to Paradip Oil Refinery south gate last night. This has triggered discontentment among tourists and environmentalists. They alleged that despite restriction, many fishermen are venturing into sea for which the rare turtles died after being injured by trawlers. They demanded that the forest officials and the Fisheries Department  take this incident seriously and initiate action in this regard.

Worth mentioning, fishing by motorized vessels or trawlers and mechanized techniques has been banned within 20 km from the specified coast of the sea comprising sea turtle congregation area and their buffer zones in 3 river mouths namely Dhamra river mouth, Devi river mouth and Rusikulya river mouth. The ban imposed on November 1 is in force till May 31.

On January 27, forest officials had 19 fishermen for illegal fishing in Gahirmatha Marine Sanctuary and seized two trawlers and eight quintal fish from them.