FEATUREDSPORTS
By Sambad English Bureau On May 22, 2019 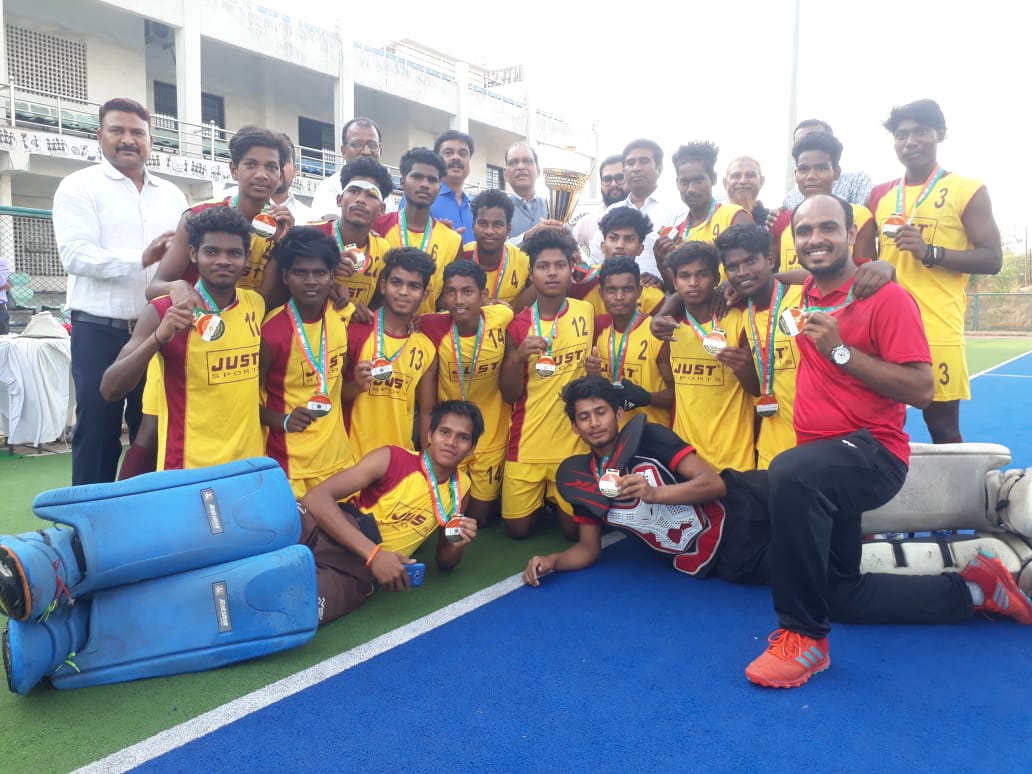 Raipur: Odisha beat Uttar Pradesh 3-1 in a fitting finale via a shootout to emerge as winners of the 9th Hockey India Sub-Junior Men’s National Championship A Division held here today.

Odisha opened the scoring in 24th minute via a penalty corner converted to perfection by skipper Laban Lugun. In the third quarter, Uttar Pradesh brought parity as skipper Sourabh Anand scored in the 38th minute.

In the final quarter, Uttar Pradesh took the lead as Ankit Prajapati scored in the 49th minute. But three minutes later, Odisha equalized via Prabin Indwar. At the end of regulation time, both teams were locked at 2-2.

In the shootout, Laban Lugun, Rajmon Teli and Rosan Kujur scored for Odisha. For Uttar Pradesh, Chandan Yadav opened the account, but Ajay Yadav and Sujit Kumar couldn’t convert their chances. Mohammad Haris’s miss, the fourth of Uttar Pradesh’s attempt, meant the match was all but over for them as Odisha went home as winners with 3-1 via shootout.

All arrangements in place for vote counting in Odisha