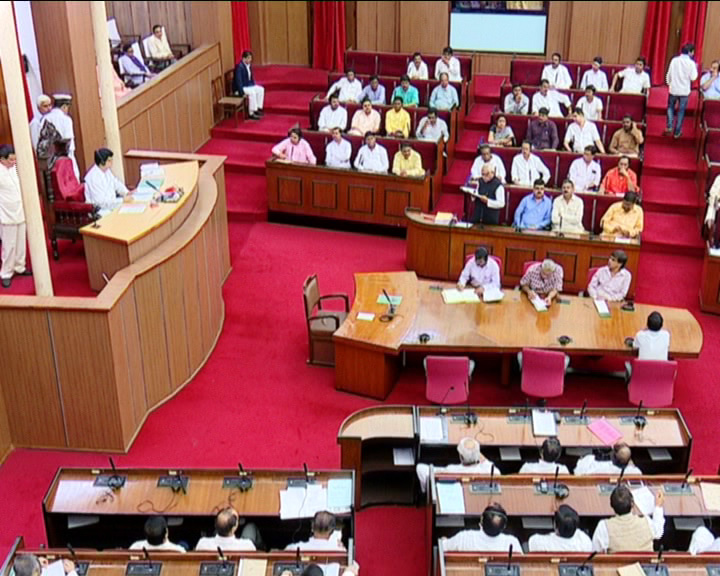 The State Assembly which met for a special session today unanimously ratified the resolution on GST moved by Chief Minister Naveen Patnaik.

“On implementation of GST, all sections of people will be benefited. It will reduce the tax burden on several commodities and services. We will soon demand Centre for the imposition of ‘Green Tax’ along with GST,” Patnaik said commenting after the successful adoption of the Constitutional Amendment Bill in the State Assembly.

The leader of Opposition Narasingh Mishra argued for a capping on the GST rate for the benefit of the poor.

“I appeal to the government to protect the interest of the poorest of poor people,” said Misha.

The ratification of the Bill by the Odisha Assembly paved the way for it getting the President’s assent since it required ratification by a minimum of 16 out of 31 state assemblies.

Notably, the Constitution Amendment Bill was passed by Lok Sabha on August 8 where it was reintroduced following some changes in the Bill introduced in Rajya Sabha.

Following the Presidential assent, a GST council with representatives from the Centre and states will be formed within 60 days of the enactment of the Bill.

The GST Council shall make recommendations on the taxes, cesses and surcharges levied by the Centre, the states and the local bodies which may be subsumed in the GST. The Council will also decide on model GST laws, principles of levy and the place of supply rules. The contentious threshold limit of turnover for GST applicability will also be finalised by the GST Council.

The central government has set a target to roll-out the GST on April 1, 2017.