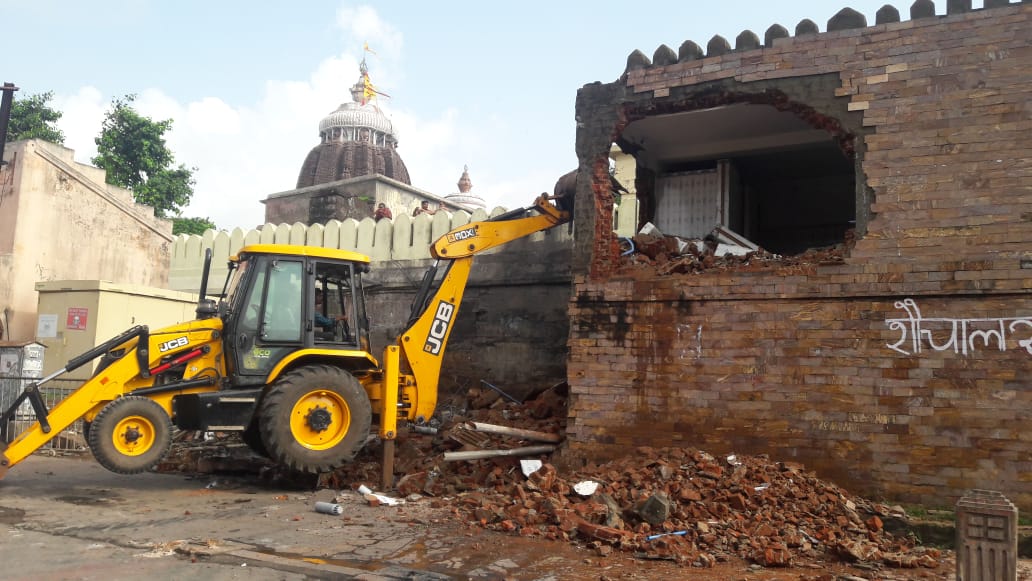 Puri: Despite protest, the eviction work to clear all structures adjacent to Meghnad Pacheri of Srimandir is underway in Odisha’s pilgrim city Puri today.

The demolition drive carried out by the district administration in presence of eight magistrates amidst tight security around the boundary wall of the centuries old shrine of Lord Jagannath.

Sources said that around 24 platoons of police forces have been deployed at the site for the eviction of structures.

All structures including private properties, shoe stands, government installations like power supply building, temple information centre and a police outpost located within 75 metre of the Jagannath Temple will be cleared to ensure safety and security of Srimandir as well as the pilgrims.

The move came after a proposal to this effect was approved by Chief Minister Naveen Patnaik at the Cabinet meeting on Friday.

According to reports, adequate compensation will be paid to owners of private properties and the government establishments will be relocated.