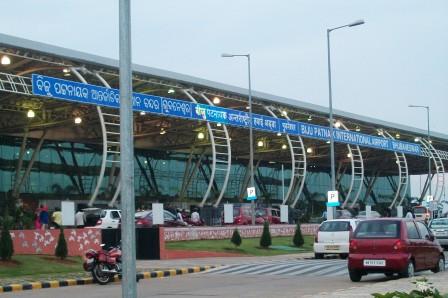 Bhubaneswar: The Biju Patnaik International Airport (BPIA), one of the fastest growing airports in the country, is set to achieve a whopping four million annual passenger traffic mark in the fiscal year 2018-19, a top airport official said.

The airport is expected to witness a 24 per cent growth in passenger traffic in the current financial year, he said.

When asked what led to this significant rise in air traffic, the the airport Director said: “The increase in passenger traffic could be attributed to an increase in the number of flights and various national and international level events recently held in Bhubaneswar.”

At present, on an average 10, 000 passengers travel through the airport every day. The Bhubaneswar airport handles 49 arrivals and 49 departures daily.

Though the airport was initially designed to handle 3 million passengers, the air traffic began to soar from 2015-16, much beyond the expectations of the Airport Authority of India.

As per the official data, the airport saw a robust 17 per cent growth in international passenger traffic movement between April to December, 2018. During this period, passenger traffic in this segment stood at 74,124 as against 63,386 during the corresponding period of 2017.

Established in 1962, the footfall from BPIA is more towards the South-East Asian countries like Thailand, Malaysia, apart from various parts of the country including Kolkata, Mumbai, New Delhi, Hyderabad and Bengaluru.

At present, Air India and AirAsia are the only two airlines operating flights from Bhubaneswar to Bangkok and Kuala Lumpur respectively.

It may be recalled here that the Bhubaneswar airport was granted the much-awaited e-visa facility on January 16, which according to airport officials, could further spur the air traffic in the days to come.