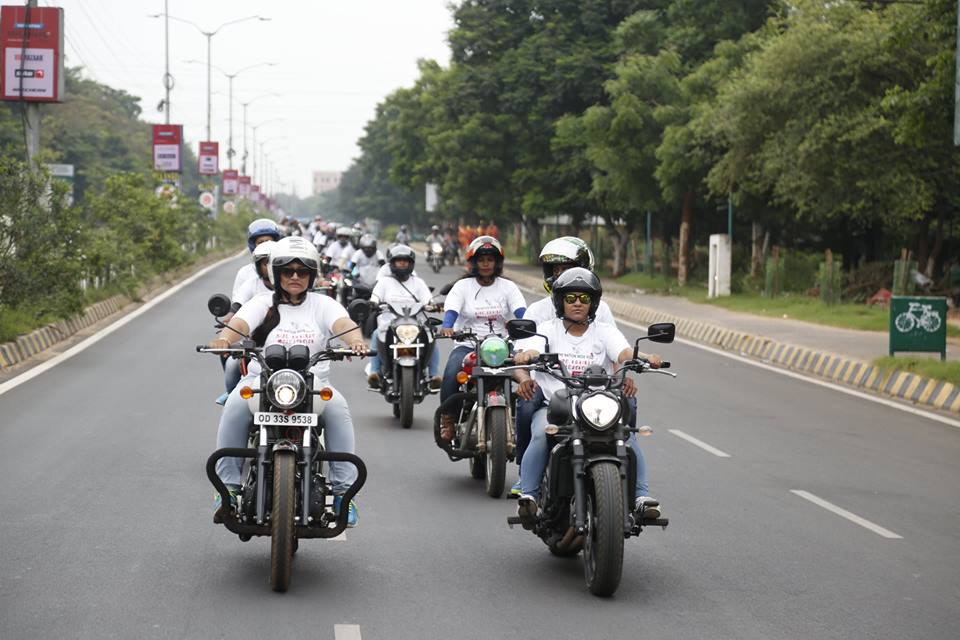 Bhubaneswar: In an attempt to create awareness against molestation of women and to educate victims and bystanders to raise their voices against such acts, prominent all women motorcyclists’ group Odisha Bikerni in association with Kalinga Motor Sports Club (KMSC) & Bikers Republic of Odisha (BRO) along with Biking Community of India (BCI) took out a bike rally ‘Nation Wide ride against molestation’ today in Bhubaneswar.

In addition to Bhubaneswar, the ride also got conducted in 19 other cities across the country at the same time. The motto and idea behind this ride has been to control and stop molestations occurring every now and then along with alerting everyone about it.

Around 150 plus riders from Odisha Bikerni group, Kalinga Motor Sports Club and Biking Republic of Odisha (BRO) were seen participating in this ‘Ride Against Molestation’ rally along with other biking groups such as 3S Riders, TVS Apache RR310, The Moto Gearheadz and Triumph Odisha Riders Club.

Talking about this event, a member of Odisha Bikerni said, “No more molestations in my city; I want to live with dignity. ‘Ride Against Molestation’ is not just a caption; it is an initiative by the entire riding community that we won’t tolerate this anymore. Molestation is not just a heinous crime; it is an unacceptable act by any human standards. We all must support this noble cause and ride together.”

“Truly appreciate the initiative taken by the youngsters and the Biking community. It is important that all youth be united come together and fight evils of the society. The laws are very stringent …but only if the general public unites … such evils from society can be washed out. Government and people should work hand in hand,” said MLA Mishra.

Sri Mandir reforms in Odisha: Rate charts of Mahaprasad to be displayed on temple premises