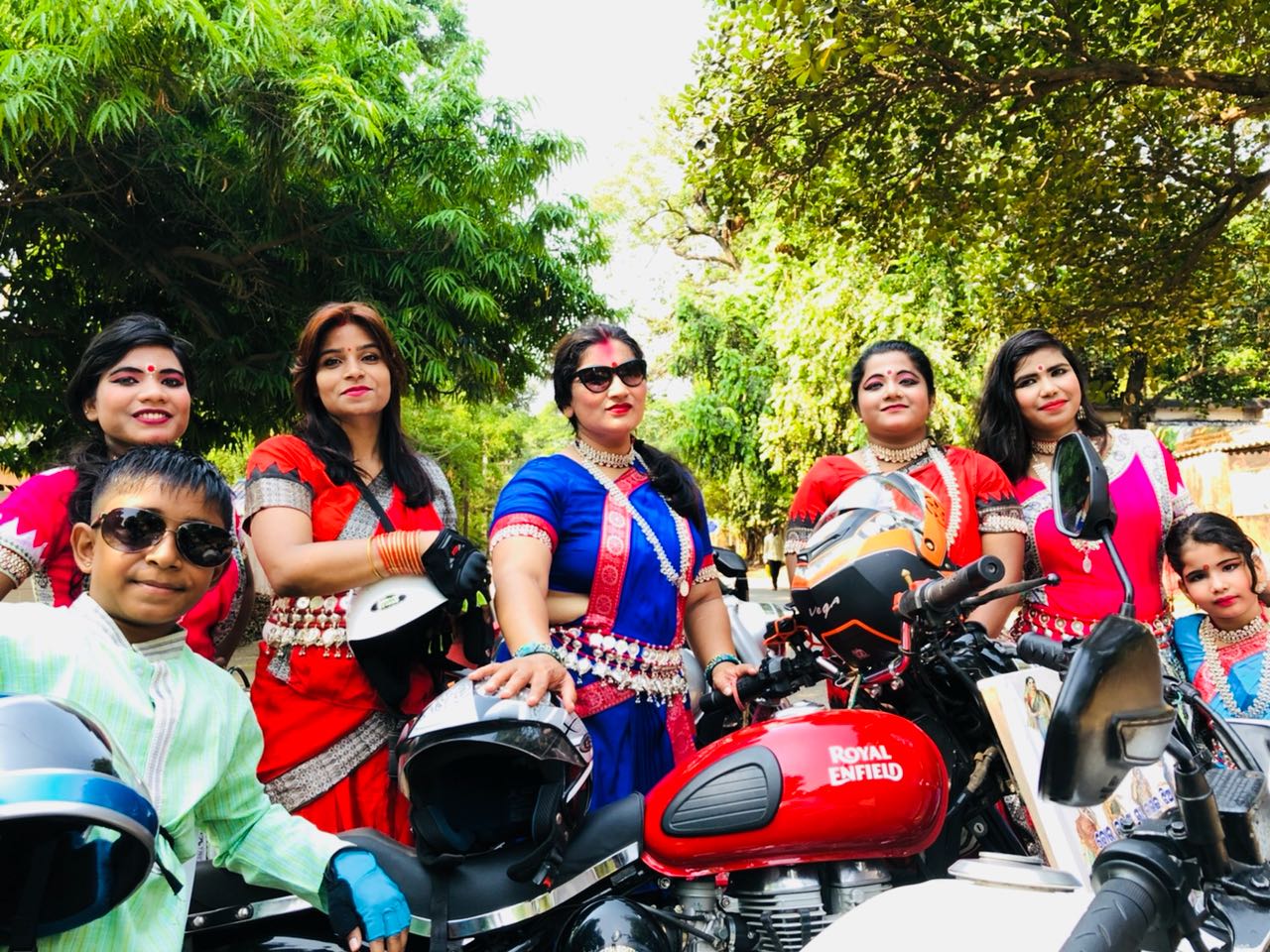 Bhubaneswar: The rape of an 8-year-old from Kathua in Jammu has the entire nation riled up with social media and mainstream media yelling themselves hoarse demanding justice for her. While the country is stunned at the brazeness of the heinous crime and refuse to look at it in communal or political light, candlelight marches and online campaigns have gained momentum, fuelled by the audacity of supporters of the accused.

Odisha Bikerni, the women bikers association of Odisha chapter dressed up in traditional Odissi attire as Goddess Lakshmi to celebrate Akshay Tritiya and voice their strong discontent against sexual abuse against children. “We wanted to spread the message that Akshay Tritiya is a celebration to worship the goddess of prosperity, Lakshmi. However, society must learn to respect and care for the Lakshmis in the household, be it mothers, wives, daughters or even friends. Women are the real treasure of families,” said Sangita Sahoo, one of the riders.

A team of five women riders kick-started the journey from Sikharchandi to the Governor House (and back) today along with a 6-year-old who bore a placard that demanded to live with dignity in the country that witnessed a Nirbhaya in 2012 and now the child rape cases of Unnao and Kathua.

Thunderstorm warning issued for these places in Odisha