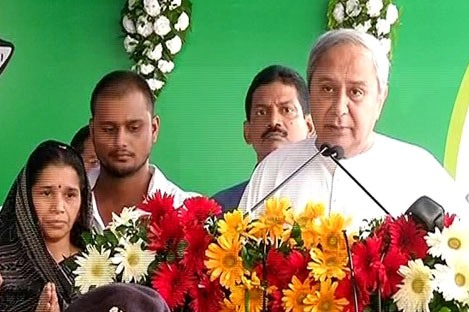 “I am indebted to the people of Bijepur for their affection and regard they have shown to me. Bijepur constituency will be a focus area for welfare and development.” said Supremo Naveen Patnaik

Rita Sahu, wife of late Congress MLA Subal Sahu, was elected as MLA of Bijepur on BJD ticket in February last year following death of her husband in August 2017. She had emerged victorious with a margin of 41,933 votes over her nearest rival and BJP candidate Ashok Panigrahi.

Earlier on September 25, Odisha Congress had named Dillip Kumar Panda as its candidate for the by-poll.

The by-poll was necessitated after BJD Chief, who successfully contested from both Hinjili and Bijepur in the Assembly elections earlier this year, retained the Hinjili seat and vacated Bijepur June 2.

Body of missing Class 9 student recovered from river in Rourkela